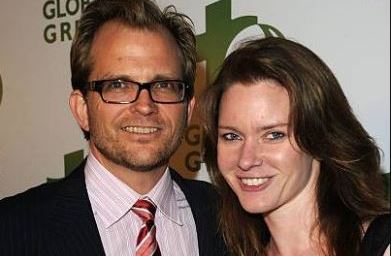 Who is Justine Wilson’s husband? Has Justine Wilson remarried after the divorce from Elon Musk? The Canadian author once hinted at her relationship with a man she had known for years. Could he be her current boyfriend? Read till the end to find out more.

In this article, TheVibely is going to share with you a brief biography about the first woman who captured Elon Musk’s heart, and whether she is dating anyone currently.

Who is Justine Wilson?

Justine Wilson is one of the most recognizable women in the world. Arguably, Justine is popular for being the first wife, now ex, of a world genius billionaire, Elon Musk. Due to this, was the birth of her celebrated name, Justine Musk.

Wilson came to the limelight when news of her divorce from former spouse Elon Musk broke on the internet.

Justine is a private individual who avoids discussing her personal life in public. The author rarely discusses her family. Consequently, little to no information about Justine Musk’s parents, siblings, and childhood is known.

Musk went to Queen’s University in Kingston, Canada, and obtained a bachelor’s degree in English literature after graduating from high school. After completing her university degree, Justine went on to teach English in Japan. She has a black belt in taekwondo.

Justine Musk began her career as a bartender in Canada before pursuing her dream of becoming a writer. She was still writing her works at the time, and she was debating whether to return to Japan or continue her education in the United States. Afterward, she decided to pursue a career in Japan rather than attend graduate school.

How old is Justine Wilson now?

Justine Musk, aka Jennifer Justin Wilson, (nee Wilson) was born on September 2, 1972. She is 49 years old as of 2021. The author was born and raised in the Canadian city of Peterborough, in the province of Central Ontario. Justine describes her childhood as lonely, and she even refers to herself as a lonely kid, suggesting that she was an only child.

Publicly, Justine Musk is single at the moment but she once hinted at her relationship with a man she had known for years

Justine Musk has had her fair share of dating experiences. She had already dealt with a breakup with an older man she had left in her hometown before meeting her ex-husband.

After her divorce, Musk revealed, in an interview with Marie Claire, that she had developed a love interest with a man she had known informally for years. Sadly, the author did not name her current lover.

However, no news of the couple has surfaced, suggesting that they may have broken up. It is also possible that the pair may simply be keeping their personal lives quiet.

On the other hand, Justine Musk’s former spouse, Elon texted her six weeks after their separation that he was engaged to Talulah Riley, a British actress. Elon also dated musician Claire Elise Boucher, also known as Grimes, and together they have two kids; a son named X AE A-XII born in May of 2020, and a daughter, Exa Dark Sideræl born in December 2021. The rich man in 2022 is rumored to be dating Natasha Bassett after they were spotted alighting from a private jet.