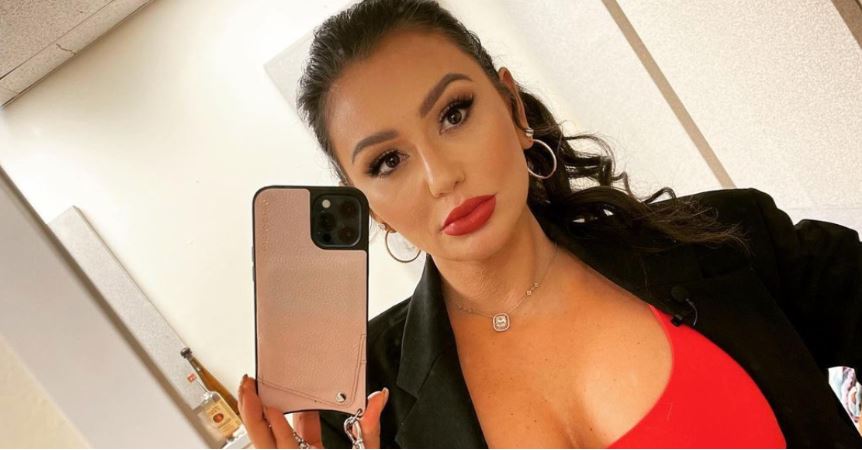 What is JWoww’s net worth? The fortune of the ‘Jersey Shore‘ star is definitely more than most of us will make in 10 lifetimes – see details on her finances.

Through the ups and downs and the drama on Jersey Shore and Jersey Shore: Family Vacation, the outrageous cast has kept us watching (and laughing, and cringing). But the Jersey Shore fam has come a long, long way. Some have families or have recently gotten engaged or married. When you compare most recently episodes of Family Vacation to Season 1 of the original show, viewers can tell the cast has certainly monetized their fame over the years.

In particular, it’s pretty wild watching early JWoww and comparing her to the woman she’s become. In 2014, Jenni “JWoww” Farley gave birth to her first daughter with ex Roger Mathews. In 2016, they welcomed a son. JWoww’s lifestyle has grown more and more luxurious, and we can only assume that it pays pretty well to be a reality TV star. So, how much is JWoww worth, exactly? We investigated.

JWoww is worth (approximately) $4 million. Since she’s been working in reality TV and entertainment since 2007 (her first gig was playing herself on The Mike on a Mic Show), it’s not surprising to learn that she’s been able to build upon her empire. She starred in the original Jersey Shore from 2009 to 2012, and then the spinoff Snooki & JWoww from 2012 to 2015. She came back when Jersey Shore rebooted with Family Vacation.

In addition to appearing on dozens of other reality shows (like Celebrity Family Feud in 2020 and Asshole Parents in 2017) and talk shows (Good Morning America, The Ellen Degeneres Show, The Tonight Show With Jay Leno, and more), JWoww has also been involved in some smaller films, like The Mint, and the series One Life to Live.

She also owns expensive property. In April 2019, she and Roger bought a 2.5-acre property in Holmdel, N.J., for $1.95 million. She late sold her house in Toms River, N.J. for $1.1 million, making a reported $685,000 profit. Her current home has six bedrooms and six bathrooms, plus a tanning bed, gym, pool, tennis court, and more.

JWoww also earns a living by leveraging her gigantic following on social media, just like any reality star or influencer would do. JWoww has 7.6 million followers on Instagram alone, and 578k subscribers on YouTube. We know that JWoww has a partnership with 310 Nutrition, but we don’t know exactly how much money she makes from promoting their products.

JWoww likely monetizes from the ads on YouTube, but it’s unclear how much revenue she pulls in, considering the views are fairly low (around 100k views per video).

The reality star also opened her own boutique called Heavenly Flower, a special mommy-and-me store that’s located at the American Dream Mall in New Jersey. You can also shop online. Again, we’re not sure if this venture has proven to be ROI positive yet. Regardless, it’s awesome to see JWoww spread her wings and try her hand at different projects. When you have a strong brand, it doesn’t hurt to also be business savvy.