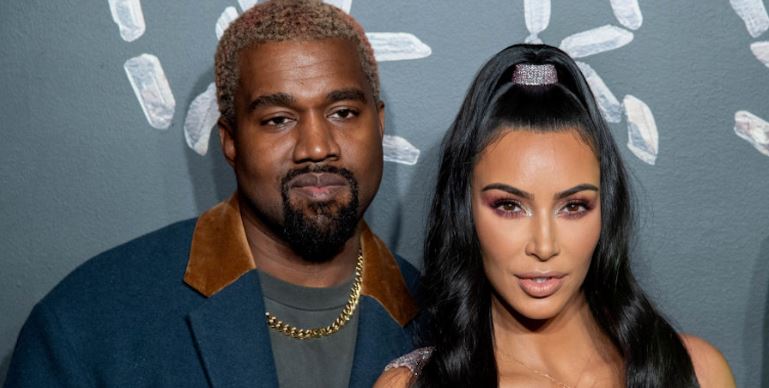 Kanye West and Kim Kardashian were married couples and the two have four children together. Here’s how they first met.

Everyone once thought Kim Kardashian and Kanye West marrying one another was one of the biggest oddball pairings. They’ve since proven themselves as one of the most grounded Hollywood couples who continue as such, despite Kanye’s controversies and manic moments.

They’ve been so embedded in our culture, that it’s almost hard to remember when and how they met. It was really a fortuitous meeting because it gave us a powerful showbiz couple who seems to show how you can have a sane marriage amid crazy careers.

Let’s look back for a few minutes at the events leading up to the West-Kardashian union, their kids, and their divorce.

Kim and Kanye met already in the early 2000s

According to Kim’s recollection, she met Kanye when tagging along with pop star Brandy, who was recording a song with West. Of course, Kardashian was married to Damon Thomas then.

Similar reports say Kim showed interest in West around this time frame, yet other relationships intervened. They even talked together before Kardashian married Kris Humphries. Later, Kim noted she wished she would have involved herself with Kanye so much earlier to avoid the heartache of her bad marriage.

Not until 2012 did the two starts dating seriously. You may remember the controversy it sparked at the time. Little did those people know it would turn into one of the most stable showbiz marriages.

Kim reportedly had to hide the wedding ring Humphries gave her while she dated Kanye between 2012-13, much to West’s chagrin. The divorce was finally done in 2013, leading to Kim and Kanye’s famous 2014 wedding in Italy.

Since then, we’ve seen them have three children and a fourth baby via surrogate. Outside of the crazy lifestyle they both lead, it still amazes us how grounded they keep themselves. When at home, they seem to remove all chaos we hear about them in the media or on Keeping Up with the Kardashians.

Both also claim a strong sense of faith, something you can argue gives them a sense of peace when Hollywood seldom allows it.

What caused Kanye and Kim’s divorce?

Kanye West and Kim Kardashian have been together as a couple for 8 years; from marrying in 2014 to officially divorcing in 2022.

After months of mounting rumors, Kim Kardashian filed for divorce from Kanye West on February 19, 2021, according to multiple reports.

The couple – entrenched in 2010s celebrity culture by way of PDA-filled music videos, high-profile public appearances on red carpets, and the fan nickname ‘Kimye’ – have had one of the most recognisable and high-profile unions in the world, and married seven years ago in Italy.

According to TMZ, Kardashian filed for divorce through her lawyer Laura Wasser (a well-known celebrity divorce lawyer, dubbed the ‘disso queen’ by the celebrity news outlet), who also represented Kardashian in her divorce from athlete Kris Humphries. Neither Kardashian nor West have commented publicly on the reports.

The split is said to be amicable and the divorce will honour an existing prenuptial agreement. According to the Reuters news service, representatives for Kardashian have confirmed the reports as have representatives for the Los Angeles Superior Court.

Reports of divorce follow months of rumours and tabloid speculation over the state of the couple’s marriage. Last year, in the run-up to the US election, West embarked on a ‘presidential campaign’ and appeared emotional at a rally during which he spoke about very personal matters to do with his family and marriage, before sharing concerning statements on Twitter.

After Kardashian took to Instagram pleading with followers to show West compassion amid his ongoing struggle with Bipolar Disorder, West thanked his wife for ‘always being there for him’ and apologised to her publicly on the platform. According to the NHS, Bipolar Disorder is a mental health condition that affects your moods and can involve episodes of depression and mania.

After meeting in the early Noughties and forging a friendship (documented on the mother-of-four’s family reality show Keeping up with the Kardashians), West and Kardashian elevated their connection to a romantic relationship in 2012, welcoming their first daughter North together a year later and marrying in a celebrity-filled wedding in 2014, at which the bride wore a custom Givenchy bridal gown.

On December 13, 2021, Kim Kardashian reportedly filed legal documents that will if signed off by a judge, make her ‘officially single’.

TMZ reports the documents separate her relationship status from issues such as child custody and property, amid her ongoing divorce. The papers also reportedly asked for her maiden name to be restored.

The news comes days after Kanye West performed his song ‘Runaway’ at the LA Memorial Coliseum, attended by Kardashian and the couple’s two children North and Saint. During the performance West changed the lyrics to the tune and ended it with: ‘Run back to me … more specifically, Kimberly.’

Kanye and Kim made the rounds on relationships before they started dating in 2012. In the mid-2000s, West was involved with Alexis Phifer, a designer. They became engaged for close to a year and a half before deciding to break up in 2008.

West’s career was starting to truly burgeon then, including a major tour the year they split. This was the explanation by Phifer herself at the time, even though she said she thought he was one of the most talented people she’d ever met.

Not long after, West became involved with model and actress Amber Rose. They had a memorable relationship, despite only lasting a couple of years.

It should be noted Kim Kardashian already knew Kanye as a friend prior to them marrying. What some have probably forgotten is Kardashian went through two volatile marriages before she became officially involved with West.

The first of these marriages was to music producer Damon Thomas when Kim was only 19 years old. She revealed in recent years she was high on Ecstasy at the time of her marriage to Thomas. Her infamous sex tape with Ray J was also the result of Ecstasy, she’s said, which became an effective warning tale on drug use.

You may also remember the troubled marriage to NBA star Kris Humphries later in 2011. To this day, some people contend she married Humphries only as a publicity stunt to further her business ventures, but Kim always denies it.