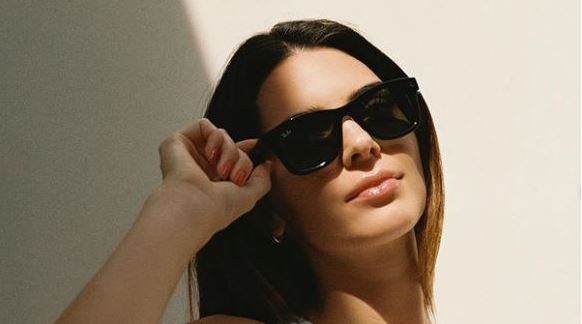 Following her breakup with Devin Booker, Kendall Jenner shared a jaw-dropping naked photo of herself on Instagram. Keep reading to see the snap.

Move over Khloe Kardashian, Kendall Jenner is serving up the ultimate revenge body.

One week after breaking up with boyfriend Devin Booker, the supermodel got cheeky on Instagram, posting a photo of herself sunbathing while totally nude.

With no caption other than a blushing emoji, Kendall shared the racy pic on June 26, which shows her laying on her stomach as she checks her phone, with her string bikini clearly laying beside her.

Along with her sizzling snap, the 26-year-old included a few other seemingly random photos in the post, including one of herself horse-jumping and a close-up of some sushi. She also shared a video from inside a car traveling on the highway at sunset.

Kendall is hardly shy about showing off her killer figure. Back in April, the 818 Tequila founder went topless on Instagram as she soaked up the sun during a pool day, sans tan lines.

Fans may be seeing more thirst-trap-like pics from Kendall in the near-future now that she is back to living the single life.

On June 22, a source close to the Kardashians star told E! News that she and Devin had split after two years together.

“Kendall and Devin hit a rough patch recently and have been split for about a week and a half,” the source shared, adding that while the former couple had a “really nice time” in Italy together during sister Kourtney Kardashian‘s wedding festivities, “once they got back, they started to feel like they weren’t aligned and realized they have very different lifestyles.”

According to the insider, Kendall told the NBA star, 25, she “wanted space and time apart,” however, it may not be a permanent breakup.

“They have been in touch since and do care about one another,” the source noted. “They both hope to make it work, but as of now, they are split.”