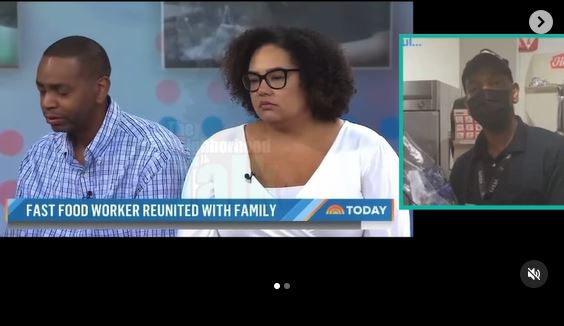 Earlier this week news broke about a man, Kevin Ford, 54, who’s been working at Burger King at McCarran International Airport restaurant for the last 27 years. Kevin said he’s never missed a day since he was hired.

Kevin ended up showing up to work earlier this week on the 27th anniversary of his employment and treated it like any other day. No one even knew he had been working at the place for that long.

He ended up making a little joke about how much time he’s put in, and his colleagues got him a little gift which consisted of a movie ticket, a Starbucks cup, some little candy, chocolate, and a backpack for it all to fit in.

Kevin posted a video of him thanking the team and showing off his goodies. Little did he know the video would end up going viral.

Kevin’s daughter, Seryna, felt like her dad deserved more for a big milestone, so she set up a GoFundMe to help raise some extra cash for him.

“He originally began working at this job as a single father when he gain custody of me and my older sister 27 years ago. Then as our family grew and he remarried, he continue [sic] to work here because of the amazing health insurance that was provided through this employer because it was unionized,” Kevin’s daughter Seryna wrote on the fundraiser’s page. “Which got all four of his daughters through high school and college with full healthcare coverage.”

“My dad continues to work here because though he does look young, he is coming up on retirement age, and leaving would cost him his retirement,” she continued. “In no way are we asking for money or is he expecting any money but if anyone feels like blessing him he would love to visit his grandchildren.”