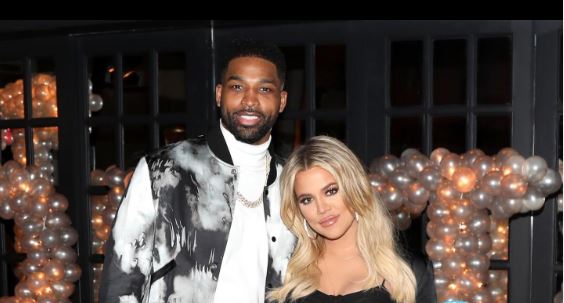 Khloe Kardashian Confirms that a surrogate baby is on the way, says the baby was conceived in November, one month before Tristan Thompson welcomed a baby boy with model Maralee Nichols.

The reality star’s rep confirmed the news and says the baby was conceived back in November, one month before Thompson welcomed another child.

If this latest report is to be believed, the tangled web involving Tristan Thompson and Khloé Kardashian has become a tad bit more complicated. Whether you want to see them on your timelines or not, the ups and downs of Thompson and Kardashian’s relationship remain staples in pop culture. The NBA star has been amassing more popularity off the court due to reported infidelity antics, but now, a new report from TMZ and PEOPLE has caused the former lovers to once again steal attention.

Back in December, Maralee Nichols gave birth to Thompson’s son amid the cheating scandal that caused Kardashian to break things off with him for good. It is being reported that just one month prior, Thompson and Kardashian learned that they were pregnant via a surrogate.

A rep for Kardashian has confirmed that the rumors are true.

“We can confirm True will have a sibling who was conceived in November,” they said. “Khloé is incredibly grateful to the extraordinary surrogate for such a beautiful blessing. We’d like to ask for kindness and privacy so that Khloe can focus on her family.”