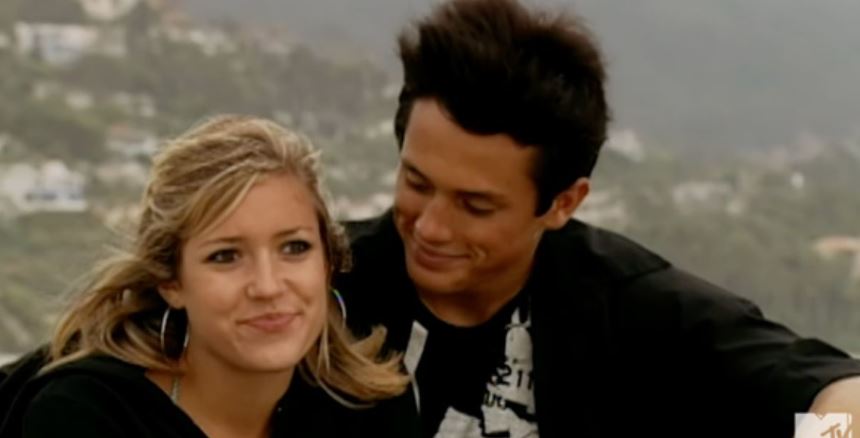 How long have Kristin Cavallari and Stephen Colletti been together? Inside their relationship profile over the years.

Years after the reality show ended after three seasons, Kristin and Stephen remain in fans’ hearts and minds for showing the genuine angst of teen love. (Or as genuine as TV cameras allowed!)

Now in 2022, Kristin and Stephen have joined forces again for a new project. So, with that, we’re going “back to the beginning” with their complete relationship timeline.

Fans watched Lauren, Stephen, and Kristin’s love triangle play out onscreen, with the show frequently pitting “nice girl” Lauren and “wild child” Kristin against each other. Kristin claimed years later that Laguna Beach’s producers used “pretty deceptive” tactics, including orchestrating times for Stephen and Lauren to hang out while he was dating Kristin.

In 2005, Stephen and Kristin returned to Laguna Beach for Season 2. On the show, the pair navigated trying to be friends since Stephen was away at San Francisco State University and Kristin just wanted to have fun during her senior year. By Season 2, Episode 11, “Lies and Goodbyes,” Kristin completely friend-zoned Stephen after begrudgingly visiting him at school.

Stephen and Kristin’s friendship continued into the 2010s, and they supported each other even when they were in other relationships. After Laguna Beach, they moved to L.A., where Stephen began dating his One Tree Hill co-star, Chelsea Kane. In 2013, Kristin married Jay Cutler, and the couple had three children — Camden, Saylor, and Jaxon.

Then, in her 2016 memoir, Balancing in Heels: My Journey to Health, Happiness, and Making It All Work, Kristin gave fans more insight into her and Stephen’s love story. The Uncommon James founder described her high school boyfriend as her “entire world” at the time, sharing how dealing with their issues onscreen ultimately made their relationship “less stable.”

“Stephen was the most important thing in my life, and there was nothing I cared about more,” Kristin recalled in her book, per E! News. “I hated fighting with him on camera because it felt like I was airing all our dirty laundry. Even then, I knew that couldn’t be good for a relationship.”

Despite all of that, Kristin and Stephen’s chemistry has remained palpable on social media, and she hasn’t been afraid to make jokes in reference to their relationship. In July 2018, Kristin posted an Instagram video of herself speaking into a walkie-talkie while filming Very Cavallari. The former E! star said, “Hello, Stephen, this is Kristin. Stephen for Kristin,” to which her friend Kelly Henderson said, “It’s the other way around — Kristin for Stephen.”

After seeing the video, Stephen responded to Kristin’s post by commenting, “Go for Stephen.”

Two months after announcing her divorce from Jay Cutler, Kristin did what any ordinary girl would do — travel across the country to visit her ex. In August 2020, Kristin traveled with her kids to Laguna Beach to see Stephen. On the trip, Stephen and Kristin had dinner together and snapped a photo of themselves at the restaurant.

Almost immediately, Laguna Beach fans rejoiced after seeing them enjoying each other’s company. Although they appeared to be cozy, TMZ reported the dinner was just a friendly outing. Years later, Kristin said she was finally able to spend time with Stephen again after getting divorced, implying that Jay didn’t approve of their friendship.

In 2022, Kristin and Stephen teamed up to dissect their Laguna Beach journey with their podcast, Back to the Beach. On the pod, the exes rewatch old episodes and share their unfiltered thoughts on the drama, slang, and fashion that played out onscreen. (Fun fact: Much more of the show was fake than you may have originally believed.) The hosts also bring past Laguna Beach castmates such as Trey Phillips from Season 1.

While many fans hope that Back to the Beach means the exes will try dating again, Kristin confirmed a romantic reunion is implausible.

Although Kristin and Stephen are focused on their working relationship for now, Kristin admitted they haven’t always been platonic since her divorce.

“I went to dinner with him almost two years ago, and we kissed, which was fun,” she revealed. “I was actually dating someone at the time, you know. I’m just making up for lost time! I think that was kind of what the issue was, was that I was dating someone else, and it just didn’t turn into anything.”