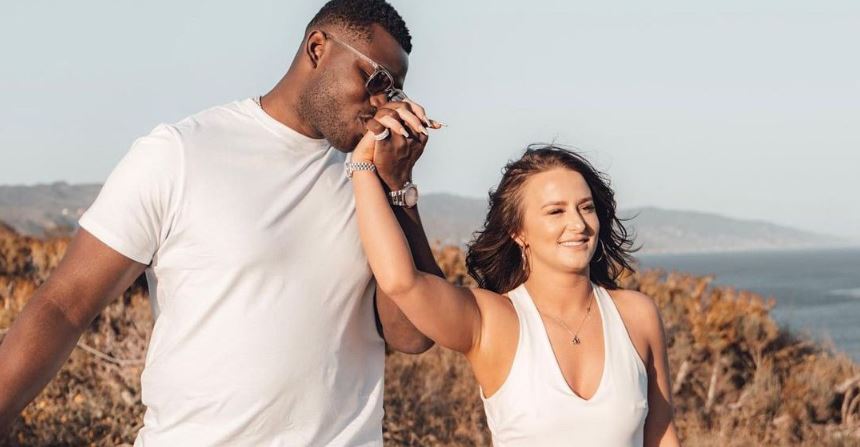 How many times has Leah Messer been married and who is her current to-be husband? ‘Teen Mom 2‘s Leah Messer is ready to walk down the aisle.

One of the many reasons we love Teen Mom 2 is that we love to keep up with the cast. They go through the ups and downs of life just like the rest of us — with a few added trials — and their journeys never get old.

And Leah Messer specifically is one Teen Mom 2 star we love to keep up with. These days, she’s a mom of three and has publicly been with her current boyfriend, Jaylan Mobley since September 2021.

And even though on Teen Mom 2, she would never get married again, Leah shared an Instagram post on Aug. 21, 2022, in which she announced her engagement to Jaylan.

It came as a huge shock to some fans who were sure she meant it when she said she had no intention of walking down the aisle again. But things got serious with Jaylan both on and off the show and apparently, it was only a matter of time before he changed her mind on that matter.

When Leah shared the Instagram post featuring a photo of Jaylan on one knee in front of her on a beach, she wrote in the caption, “Two souls, one heart. It’s official!!” Jaylan shared an identical post on his own Instagram account.

And a week before that, he posted a photo with Leah and a caption that said, “You are my greatest adventure.” Maybe we should have seen this coming.

There’s no word yet from the happy couple on whether or not their nuptials will be on TV on the new spinoff series Teen Mom: The Next Chapter. But, given the fact that it has been done before, it wouldn’t be a total shock if Leah opted to share that milestone of her life with cameras.

Leah Messer said she never wanted to get married again.

In the May 10, 2022, episode of Teen Mom 2, Leah said that she never wanted to get married again. She has already been married and divorced twice and said she did so at a young age for “crazy reasons.”

Of course, now we know she changed her mind. But for a little while, Leah was sure that a third marriage wasn’t on the table for her.

In October 2010, Leah married her first husband and father of her twins, Corey Simms. The two got divorced the following year in June. Then, she married Jeremy Calvert in April 2012. The two have one child together and divorced in June 2015. In the May 2022 episode, she alluded to only getting married because she had sex before marriage and ended up pregnant.

When Jaylan asked how Leah felt about getting remarried during the Teen Mom 2 episode, she said she never would.

To some people, Leah and Jaylan are already living like a married couple. In an Instagram post Teen Mom made about this episode, one of the comments pointed out that even though the couple isn’t married, they have made other kinds of serious commitments like living together: “They already have a house together, so they’re basically married — she just doesn’t want the paperwork.”