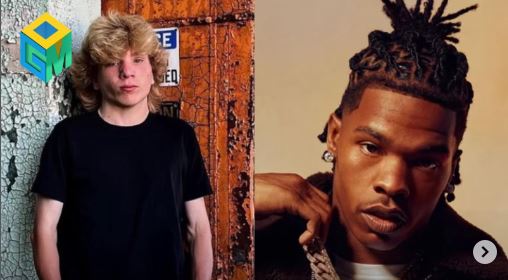 Lil Baby has only been rapping for five years, and it’s becoming evident that his influence has already seeped into a new generation of artists. The rapper has been one of the biggest stars in rap for the past few years, so it was only a matter of time until a few copycats popped up.

Over the past few days, a rapper from South Carolina who goes by Lil Man J has turned into a viral sensation, largely due to the comparisons to Lil Baby he’s received. Lil Man J has acknowledged the comparisons in the past but he doubled down on his new single, “Cap Freestyle” that he released on YouTube. On the record, he raps, “Trying to be black, I’m as white as can be/ I’m the white Lil Baby, no one harder than me.”

Fans quickly began to react to the claim online but it appears that the clip finally caught the attention of Lil Baby. As spotted by HipHopDx, a clip of the song was posted on OurGenerationMusic’s Instagram page, and Baby quickly slid into the comment sections in disbelief. “Is this a joke or he serious?” Baby wrote.

Lil Baby is currently on pace to release his follow-up to 2020’s My Turn this year. He recently hinted that he’d be taking a break from social media until the album drops.

Check out Lil Man J’s “Cap Freestyle” below and let us know if you think he sounds like Lil Baby.