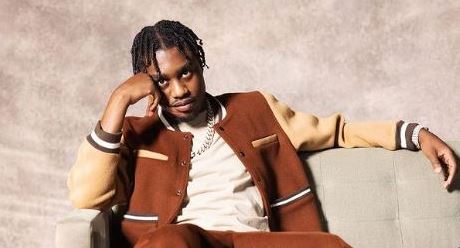 A recent post of Lil TJay talking about envy pops up after he was shot as his ex-girlfriend Rubi Rose sends prayer for him.

Rapper Lil TJay is undergoing emergency surgery after being shot in the early hours on Wednesday.

“The Bergen County Prosecutor’s Office Major Crimes Unit and the Edgewater Police Department are investigating a shooting that occurred at 14 The Promenade, Edgewater, NJ on Wednesday, June 22, 2022,” the statement reads. “At approximately 12:08 a.m. on June 22, the Edgewater Police Department responded to a 911 call reporting a shooting at that address. Responding officers found a 22-year-old victim with multiple gunshot wounds. Officers also responded to the Exxon Station located at 478 River Road, Edgewater, where they located another 22-year-old victim with a gunshot wound. Both victims were transported to an area hospital where they are being treated.”

What Happened To Lil TJay?

On Wednesday (June 22), TMZ reported the Bronx, N.Y. rapper was one of the victims of a double shooting that took place in Edgewater, N.J. just after midnight last night. The extent of Lil Tjay’s injuries is not known at this time, but the rapper was transported to the hospital where he is undergoing emergency surgery.

The shootings occurred at two nearby locations: a Chipotle restaurant and an Exxon gas station. Lil Tjay was one of two people injured during the shootings. The identity of the second victim has not been released. Police are investigating the crimes and currently do not have a suspect in custody.

XXL has reached out to Lil Tjay’s team and the Edgewater Police Department for comment.

Legal issues seem to have surrounded the rapper over the last few years. Back in April, Lil Tjay made headlines after a man accused the “Calling My Phone” artist of robbing him at gunpoint. The rhymer never responded to the allegations. Last November, Lil Tjay was captured on video in a huge brawl after someone allegedly tried to take his chain following a show on his Destined 2 Win Tour in Europe. He later denied the fight was the result of an attempted chain-snatching.

“If a nigga really tried to take my chain, it would have been a lot of those right there,” Lil Tjay said in an Instagram video while police cruisers coincidentally rode by in the opposite direction. “I ain’t gon’ lie.”

In December of 2020, he was arrested in New York City after police searched him and found guns and drugs.

Lil Tjay released his sophomore album, Destined 2 Win, last April. The LP debuted at No. 5 on the Billboard 200 chart. He is currently working on a new project, Strictly4MyFans. In April, he released the new single “Going Up.”

Before the New Jersey shooting, Lil TJay shared a message about envy and encouraged his fans to be safe out here.

“PSA – Just because you’ve been around a person doesn’t make you entitled to the fruits of that person’s labor. Envy is at an all-time high be safe outchea”, the Lil TJay wrote on his Instagram stories.

American rapper, songwriter, and model, Rubi Rose Benton, who was in a relationship with the rapper has sent prayers to her ex-boyfriend who is currently undergoing emergency surgery after being shot in New Jersey. “Prayer for tjay” Rubi Rose wrote on her Twitter page.