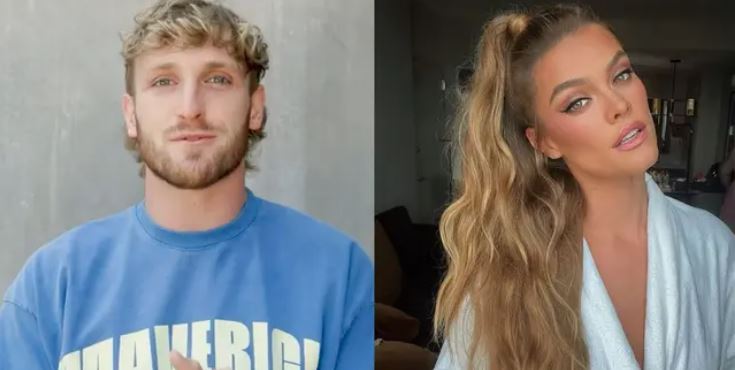 Does Logan Paul have a girlfriend and who has he dated in the past? Logan Paul was spotted kissing Nina Agdal.

Logan Paul was recently spotted holidaying in Greece with Leonardo DiCaprio’s ex-girlfriend Nina Agdal, with the two reportedly in the early stages of a relationship.

Content creator turned WWE Superstar Logan Paul was photographed in Mykonos, Greece earlier this week. Paul was not alone, however, with his new girlfriend, Nina Agdal spotted by his side, the two were even seen kissing on the beach while on the holiday.

Paul and Agdar first sparked dating rumors after being spotted hanging out together in June 2022. They were seen kissing at a restaurant in London and later that night spotted out clubbing together. Later in July, the two were once again together on a night out in Manhattan.

Fans of the two also picked up on the fact that Agdar has now started following Logan Paul’s mom, George Janko, and Mike Majlak on Instagram. The latter two of course are Paul’s closest friends and fellow IMPAULSIVE podcast hosts.

Given Paul’s status as a public figure, his dating history isn’t something he’s ever really tried to hide. Over the years, Logan Paul has been linked with other celebrities and influencers. In 2020, Paul dated model Josie Canseco, with the two dating for over 6 months before he announced they had split on a November 2021 episode of the IMPAULSIVE podcast.

Logan has also been previously linked to fellow YouTuber Amanda Cerny as well as actress Chloe Bennet. For Agdal, her most public relationship was her year-long romance with actor Leonardo Di Caprio, the two dated in 2016 before calling things off in 2017. Since then, the only other public relationship she is known to have had is with Christie Krinley’s son, Jack Brinkley-Cook.