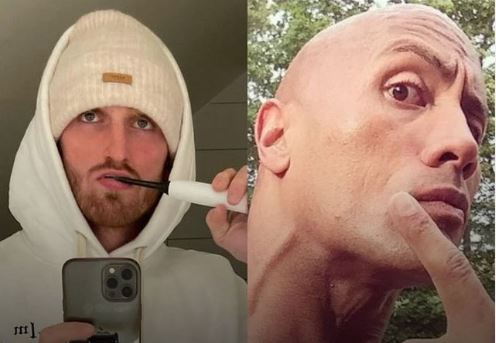 “My hero wanted nothing to do with me” – Logan Paul says as he recounts when actor Dwayne Johnson aka The Rock snubbed him when he needed him the most.

The Rock asked Logan Paul to delete any content of the pair after his s*icide forest video in 2017. “This was one of the saddest moments of my life, what I’m about to say,” Logan said on the True Geordie Podcast.

“After Japan happened, I obviously found myself in a hole — rightfully so — that I had never been in before. Extremely low, mentally, and I got a call from my publicist, who also repped Dwayne ‘The Rock’ Johnson.”

“She’s like ‘Hey, Dwayne has asked that you remove every video and picture that you’ve done with him. Maybe in the future, the relationship can be reconciled, but for now, he basically wants nothing to do with you.’ Which I also understood. I get it. I made a grotesque error.”

“I feel like we had a healthy relationship, an open line of communication. I was so sad that my hero wanted nothing to do with me.” He continued, “I was sad because I understood it. I really f***ed up.” Paul also mentioned The Rock DM’d his recently, which he ignored.