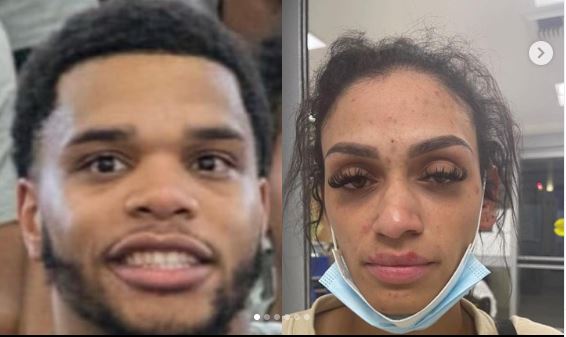 Mychelle Johnson, the wife of Charlotte Hornets’ NBA Star Miles Bridges has shared several disturbing images of the injuries she claims to have suffered at the hands of the NBA forward.

On an Instagram post, Mychelle Johnson stated she could not ‘be silent anymore’ as she posted multiple images showing bruises and scratches over her hands, back, legs, and face. Johnson and Bridges share two children together.

“I hate that it has come to this but I can’t be silent anymore, I’ve allowed someone to destroy my home, abuse me in every way possible and traumatize our kids for life, I have nothing to prove to the world, but I won’t allow anyone who could do something so horrible to have no remorse and paint a picture of something I’m not. ‘I won’t allow the people around him to continue to silence me and continue to lie to protect this person. It’s unethical, it’s immoral, it’s truly sick”, Johnson writes.

Johnson also posted a medical document showing that she had been strangled and suffered a brain concussion, and a bruised rib. The diagnosis read: “Adult victim of physical abuse by male partner”. Bridges were arrested for felony domestic violence on Wednesday after Johnson claims they got in an argument that turned physical.