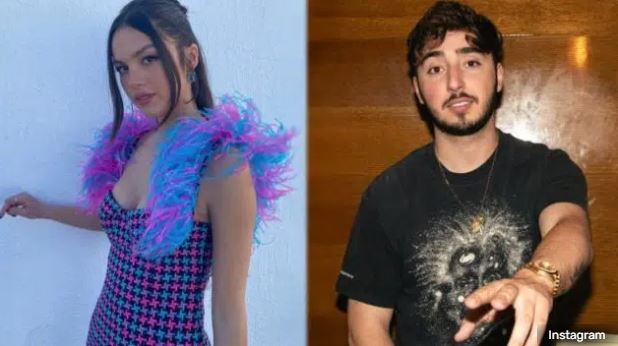 Three-time Grammy Award-winning artist Olivia Rodrigo is rumored to be dating DJ Zack Bia, the on-again, off-again ex-boyfriend of Madison Beer. This news comes off the back of fan speculation that she was dating TikTok content creator Vinnie Hacker.

As first reported in People Magazine, 19-year-old pop sensation Olivia Rodrigo is dating 26-year-old Zack Bia. A source from People Magazine told the outlet that, “they’ve been dating since the Super Bowl”.

They then went on to add that “they really like each other”.

Olivia Rodrigo shot to fame last year after she hit single ‘drivers license’ took the pop world by storm. In May 2021, her debut album Sour was released and was met with even greater praise and love.

Since then, much has been made of the young musicians’ love life. Initially, her relationship with High School Musical: The Musical co-star Joshua Bassett was heavily reported on.

At the time of release, many speculated that Driver’s Licence was inspired by Rodrigo’s breakup with Bassett and how he left her for fellow Disney star actress and singer Sabrina Carpenter.

While a love triangle-type narrative emerged from the situation, it’s clear that all parties have since moved on.

Rodrigo was confirmed to be dating music-video producer Adam Faze late last year after photos revealed the two spend some time together.

The seven-month relationship came to an end at the beginning of this year. A source told People magazine in February that the couple had, “been over for a bit now.”

Meanwhile, Bia’s up and down relationship with singer Madison Beer was heavily documented but seemingly ended in 2019. He has more recently been linked to Outer Banks star Madelyn Cline but Bia himself has since shut down those rumors.

When featuring on the BFFS with Dave Portnoy and Josh Richards podcast in January, Bia discussed the nature of his relationship with Cline, maintaining it is purely a friendship.

Zack Bia was seen hanging with Olivia Rodrigo at her 19th birthday party.

While Rodrigo and Bia dating rumors were sparked months ago after her split from Faze, much discourse on social media has been made over the past month speculating that she is could be dating Tik Tok star Vinnie Hacker.

When photos of the two spending the night out together were published by E! last month, fans quickly began commenting on the nature of their relationship, with many speculating that the two must be dating.

However, the Bia news puts a spanner in the works for that theory.

Rodrigo is currently touring basically everywhere with her Sour World tour. Now just over a year since the album was first released, Sour has broken multiple records. It has racked up 15 platinum certificates across seven countries.

Rodrigo also became the first female artist to have three of the top five singles in the same week on the UK charts and is also now the youngest artist to have a UK number one on two concurrent charts.

Both Rodrigo or Bia have not commented on this news and are yet to confirm their relationship.