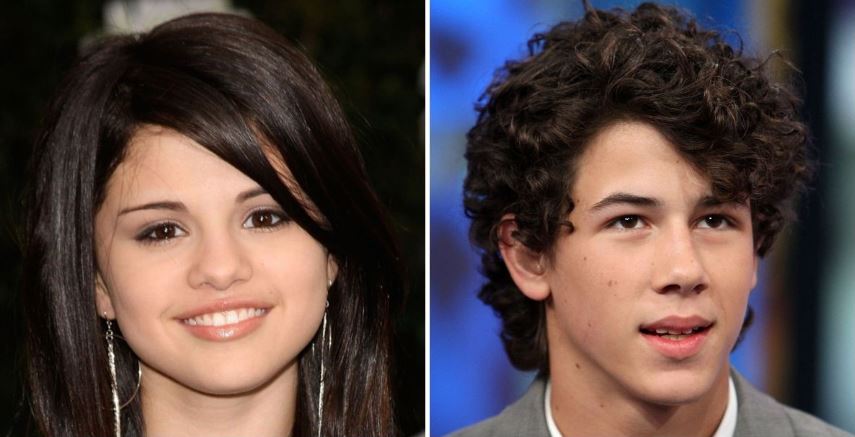 It’s hard to forget a teenage love. No matter how long it’s been, many have fond memories of their first significant relationships. However, it’s safe to say that most of those same people didn’t experience finding love and eventually going through heartbreak in the public eye like Selena Gomez and Nick Jonas.

If you were obsessed with everything Disney Channel in the 2000s like we were, you probably know Selena and Nick dated after becoming famous on the Mickey Mouse platform. Although the relationship was short-lived, the celebrities seemingly didn’t have any ill feelings toward each other after breaking up. So, how long were they together? Here’s Selena Gomez and Nick Jonas’s relationship timeline.

Multiple sources have stated that Selena and Nick’s relationship began in 2008. They were both already famous on the Disney Channel when they met, thanks to their music careers and Selena’s role as Alex Russo in Wizards of Waverly Place. In June 2008, Selena played Nick’s love interest in The Jonas Brothers’ 2008 music video, “Burnin’ Up.”

While Selena and Nick tried keeping their romance to themselves, the relationship soon became the subject of one of the earliest social media feuds on YouTube. According to E! News, they started dating once Nick ended his two-year relationship with Miley Cyrus. In August 2008, Miley shared her heartbreak with Seventeen Magazine, saying that Nick was “basically [her] 24/7” for two years. So, when she caught wind of Selena and Nick’s relationship, Miley decided to troll Selena on social media.

In December 2008, Miley posted a YouTube video of her and Mandy Jiroux mocking Selena and her then-BFF, Demi Lovato. The digs were pretty brutal for teens’ standards, as Mandy rocked a dramatic version of Demi’s eyeliner while she and Miley reenacted a video on Selena’s channel.

Although the video ignited rumors that they were rivals, the Hannah Montana star quickly apologized to her Disney Channel co-workers, telling Pop Star! Magazine that “were just, like, having fun.” Years later, in 2016, Selena confirmed to W Magazine that the “feud” was just a misunderstanding between two lovestruck teens.

“We never feuded,” Selena declared. “We both liked the same guy when we were 16. It was just a Hilary Duff–Lindsay Lohan thing: ‘Oh, my God, we like the same boy!’ We are now completely settled in our own lives.”

Shortly after the drama with Miley, Selena and Nick ended their relationship. Though it’s unclear what led to the split, they remained friendly throughout the years. In February 2010, E! News reported that Nick and Selena wanted to try dating again and were spotted together having dinner and going bowling.

At the time, a source claimed their relationship was “not at all as serious as Miley and Nick were,” and they wanted to take things slow. Selena proved as much when she started her on-and-off relationship with Justin Bieber that same year.

If you’ve looked into Selena’s dating history, you’ll know that the Selena + Chef star has taken several shots at finding love. By 2015, she and Justin had broken up several times, and she also reportedly dated Niall Horan and music producer Zedd when she and Justin were apart.

However, throughout it all, the actress always held on to fond memories of her prior relationship with Nick. In August 2015, the pair were spotted happily chatting at a VMA after party at which Joe Jonas was DJing.

A month later, in an interview with Capital FM, Selena explained that her time with Nick bonded them forever. “We were babies!” she said. “We actually caught up the other day, and it’s really fun to be able to do that. That, to me, was like puppy love. It was very sweet. He’s lovely. I do have a love for him for sure.”

All these years later, Selena and Nick have still managed to have a sense a humor about their relationship. In 2018, nearly a decade after their initial split, Nick appeared on BBC Radio 1’s Heart Rate Monitor, where he answered several questions about his past. In one clip, Selena appeared on the screen and asked him to explain a date they had had.

Nick said that back then, he and his brother Joe tried to keep their relationships as private as possible. During a group outing to Central Park, Nick said he felt they should stay “25 feet apart” to avoid dating rumors. While the action kept the paparazzi away, Nick admitted he “ruined” Selena’s trip to the tourist attraction. Fortunately, Selena isn’t upset by the Central Park diss anymore.

In the decade since Selena Gomez and Nick Jonas dated and subsequently broke up, the two have managed to remain friends.