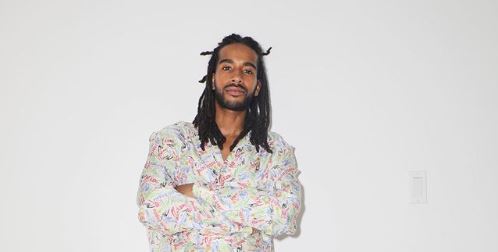 After making an appearance on Verzuz alongside his brother Omarion, O’Ryan’s nude OnlyFans content made him a trending topic once again.

Another nude leak took over timelines this week after O’Ryan, brother to Omarion and father to Jhene Aiko‘s daughter, became the center of controversy.

OnlyFans was all the rage back in 2020 as the website saw itself becoming the “it” place for celebrities and sex workers, and while we aren’t hearing much about the app these days, people are still making a living showing off their goods.

Many stars generate incomes into the six or seven digits a month, making it more lucrative for some artists than making music.

Aiko has been the talk of Hip Hop along with her boyfriend Big Sean now that the couple has confirmed that they are expecting their first child together, but the baby news was interrupted by news of naked images of O’Ryan hitting social media.

A video of him naked made the rounds, causing him to become a trending topic and the subject of complaints. However, he returned to say that it wasn’t his fault the images spread like wildfire.

“If you don’t like what I’m doing or how I’m doing it DONT LOOK,” he tweeted. A fan later told him that they were there to “chill and support,” but warned him not to get “crazy.”

“Appreciate y’all too!” O’Ryan replied. “Sorry but I didn’t put the video on Twitter or on Instagram because I’m aware all of you shouldn’t see that kind of content.” Check it out below.