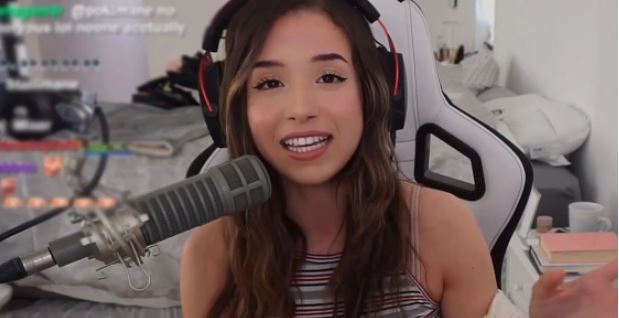 What is Pokimane’s net worth and how much money does she make on Twitch? Read on the financial details of the social media personality.

Pokimane is a Twitch star known for her streams about League of Legends and Fortnite.

Imane Anys, known online as Pokimane, is a Moroccan-Canadian Twitch streamer who posts about her gaming experiences. But how much is she worth?

Known for her livestreams on Twitch, she is an internet personality who rose to fame after broadcasting video game content – specifically League of Legends and Fortnite.

Pokimane is also a member of OfflineTV, an online social entertainment group of content creators.

By 2017, she was one of the most-followed accounts on the platform.

The same year, she won the Shorty Award for Best Twitch Streamer.

She was a featured honoree in the 2021 Forbes 30 Under 30 list and has over an 8.5million followers on the streaming platform.

Aside from Twitch, Pokimane is also active on YouTube, where she has multiple accounts: Pokimane, Pokimane Too, Pokimane VODS, Poki ASMR, and imane.

The fan-favorite streamer has stepped into more on-screen roles as well – she had a cameo appearance in the 2021 film Free Guy, as well as the music video for Sub Urban’s Inferno.

She is part of Screamer House, a group of roommates consisting of Valkyrae, Pokimane, xChocoBars, and Starsmitten. The group signed a one-year lease and moved in together in June 2020.

What is Pokimane’s net worth?

According to The Loadout, Pokimane’s net worth is estimated to be between $2-3million.

The majority of her income comes from streaming on Twitch and YouTube, with most of that coming from donations, ads, sponsored streams, and deals.

How did Pokimane make her money?

Pokimane makes most of her money from streaming, according to The Loadout.

She is the biggest female streamer on Twitch with 8.3 million followers and can earn between $10,000 per 3,000 subscribers.

According to a Twitch leak reported by The Loadout, she took home just over $1.5million between August 2019 and October 2021.

She says she makes most of her money from sponsors, investments, and exclusive contracts.

She also has over 6.69million YouTube subscribers and earns between $5,000 and $10,000 on the video-sharing platform.

According to Streamer Facts‘ calculations, Pokimane makes about $8K from ads monthly. Pokimane is one of the streamers that capped her donation to a maximum of 5$ – she stated this is because her income from other sources is enough to sustain her lifestyle. From donations, she likely makes $1K to $2K monthly.

She also has lucrative sponsorship with CashApp, NZXT, and Postmates.

In November 2020 she begged her fans to stop sending her money, capping donations to $5 max.

Instead, she asked them to “support growing channels, charities, and treat yourselves”.

She owns Porsche Cayenne worth $260,000 USD and reportedly drives most of the expensive cars.

Why was Pokimane banned from Twitch?

She livestreamed Avatar: The Last Airbender episodes to over 25K viewers, which violates copyright laws.

Typically, copyrighted music sees more flack from unpermitted use than the TV and film industry does, however, Twitch is in control of monitoring what they will and will not allow on their platform.

A new trend on Twitch has seen creators watching various television shows and movies on livestreams, commentating along with their followers, and answering questions throughout.

“The fire nation attacked,” Pokimane joked on Twitter, alluding to the series that resulted in her temporary ban.

On Wednesday, July 20, 2022, Anys made the announcement regarding her temporary leave from Twitch — specifically mentioning mental well-being and some much-needed rest. “I’ve been feeling in need of a mental reset and some time to focus on myself [and] my life offline,” Anys said on Twitter.

Does Pokimane have a boyfriend?: What we know about the Internet star’s relationship status

Imane “Pokimane” Anys is one of the most popular female content creators of all time.

The streamer regularly receives messages and questions about her relationship status and is often linked to other internet personalities by her community. Towards the beginning of her career, Pokimane was often accused of having a community full of “simps,” an argument that has died down in the past year.

The streamer was accused by the likes of Daniel “Keemstar” Keem and Calvin “Leafy” Lee Vail of lying about her boyfriend. Pokimane herself responded to the situation by claiming that she has always wanted her “work life” to be independent of her private life.

As a result, the streamer has been tight-lipped about her overall relationship status, despite previous rumors linking her to the likes of Federico “Fedmyster” Michael Gaytan and Hasan “HasanAbi” Piker in the past.

Does Pokimane have a boyfriend? Everything you need to know about the streamer’s relationship status

Pokimane is currently single, although the news is unconfirmed. She was embroiled in long-term controversy with the likes of Keemstar and Leafy. The streamer initially got into an altercation with YouTuber “ItsAGundam,” and ended up going after his sponsors. Regardless, Keemstar and Leafy both accused the streamer of lying about her boyfriend in fear of losing her supporters.

Pokimane eventually released an apology video in which she addressed a range of matters. However, rumors about her “alleged boyfriend” started to swirl again after she said the following about her relationship status:

“I personally made the decision seven years ago or whenever I got into streaming that I don’t want my personal life to be a part of my content. That’s just what I’m going to stick by until I and whoever I’m dating at whatever time decide otherwise. I understand some people want to relate this to donations but you can also argue that one can make a lot of money by publicizing the relationship or making content out of it. I personally want to be able to experience my relationships without the scrutiny of an online audience and if you disagree, that’s totally alright, you don’t have to support me or my content.”

Pokimane explained in detail that she does not want her theoretical boyfriends to be under scrutiny from the public. While the streamer did not mention that she is in a relationship, in November 2020, she was accused of talking to her boyfriend during a live stream. Pokimane could be heard saying the following, and was apparently unaware that her viewers could hear her:

“I was excited for you to come here because it felt like a time where you were working around me being busy, when I tried so hard to work around you being busy during the off-season and this time right now is a bit of a tough.”

While nothing is yet known about Pokimane’s alleged past boyfriends, two names that have come up the most are HasanAbi and Fedmyster. However, Pokimane’s “alleged relationship” with Fedmyster ended on sour terms, as Fedmyster was accused of sexual misconduct by Yvonne “Yvonnie” Ng and Lily “Lilypichu” Ki.

Additionally, she went on a rant against some of her viewers recently when she was linked with HasanAbi. The streamer complained about the fact that every time she hangs out with someone, her community responds by linking her romantically with the guy in question.

In March 2021, Pokimane posted on Twitter claiming that she was single and is not currently looking to be in a relationship. While Pokimane’s relationship status has always been under a shroud of mysticism, her cousin “Sou” also featured in a recent live stream. Sou roasted the streamer for not having a boyfriend, and claimed the following before bursting into laughter:

“Wonder how her boyfriend is doing. Probably not existing! I am so sorry.”

Hence, despite the continuous rumors linking her with fellow internet celebrities, Pokimane is currently assumed to be single.

Twitch is a live-streaming platform where users are able to stream what they are doing in real-time.

Twitch streamers can “broadcast” their gameplay or activity by sharing their screens with subscribers or fans who can hear and watch them play live.

Typically gamers use Twitch to show other users tricks and tips on how to complete levels of various video games.

However, Twitch can be used by anyone interested in lifestyle casting about subjects like music or food.

The platform was officially launched in 2011 and since then has amassed millions of users.

There are both free and paid versions of Twitch, with paid tiers removing ads and giving users access to more robust social, streaming, and storage features.