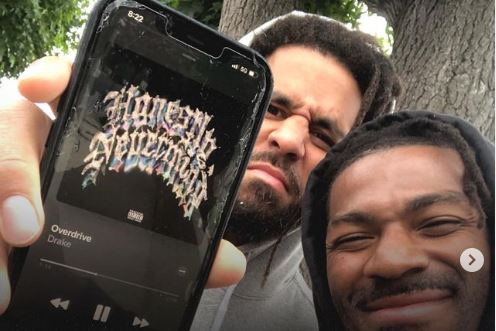 A fan of J. Cole has taken to Insatgram to share to the world the moment he got his meal paid for by the rapper after his card got declined.

He is regarded as one of the most influential rappers of his generation.

His love for humanity is supherb making him one of the most loved and favorite rappers of all time as of 2022.

J. Cole pays for a fans meal while bumping that new Drake.

The fan who is known on Instagram with the @thatoneguyrandom.100 said that his card declined while getting food after work and J. Cole ended up paying for him‼️