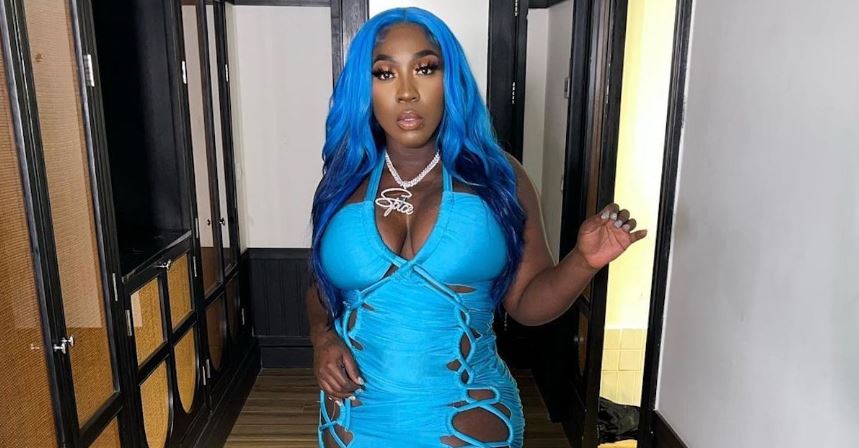 Avid viewers of Love & Hip Hop: Atlanta have long watched relationship drama unfold on the franchise. From cheating scandals to the growing pains of marriage, the show has kept fans entertained in the romantic department over the years.

While most of the cast members have been open about their personal lives, Spice (real name: Grace Latoya Hamilton) has solely focused on her career — until now. Dubbed the “Queen of Dancehall,” the star is now officially off the market and fans are excited to learn more about her beau. So it’s only natural to ask: Who is Spice’s new boyfriend? Keep reading to get your answer.

Spice has been dating video producer Justin Budd since December 2020.

If you consider yourself to be a die-hard Spice fan, then you likely know that the Jamaican singer is all about putting her career first. Although Spice has dominated the dancehall market in Jamaica, she has been focused on following suit in the U.S.

Now that Spice has succeeded in expanding her reach in the U.S. music scene, she has been making room for some love in her life. According to DancehallMag, Spice has been officially off of the market since December 2020, thanks to video producer Justin Budd.

In an interview on Reggae Media TV with @theJasmineBRAND, the “Go Down Deh” singer gushed about her love.

Spice and Justin seem to be the perfect match since they both are no strangers to the spotlight. Per Justin’s Instagram bio, he runs the full-service production company JBudd Media Inc.

Justin serves as CEO along with being a video producer and director. His impressive résumé includes work on Baddies ATL, BET’s Year of the Black Woman special, and various projects under the TVOne and Viacom umbrella.

Not to mention, fans love that Justin frequently dotes on Spice on Instagram. A quick scroll through his feed will show you that he’s clearly smitten with the gorgeous star.

Although Spice is very much in love with Justin, she has endured a lot of drama due to her previous relationships — in particular, the fallout from her engagement to musician Nicholas Lall.

In July 2020, DancehallMag reported that Spice slammed her ex-fiancé in an Instagram Live session after he alleged that the singer was trying to keep their children — Nicholas Jr. and Nicholatoy — away from their other sibling. (Nicholas reportedly has another daughter from a previous relationship.)

The outlet shares that Nicholas and Spice called their relationship quits in 2015 after dating for over a decade. Spice was awarded primary custody of their children, and the two have been publicly feuding ever since.

Aside from Spice’s baby daddy drama, it’s great to see the Jamaican icon in a loving relationship. There is no telling if Spice and Justin will make it down the aisle, but fans are very hopeful that they will last.

Spice and Justin, big up yourselves!