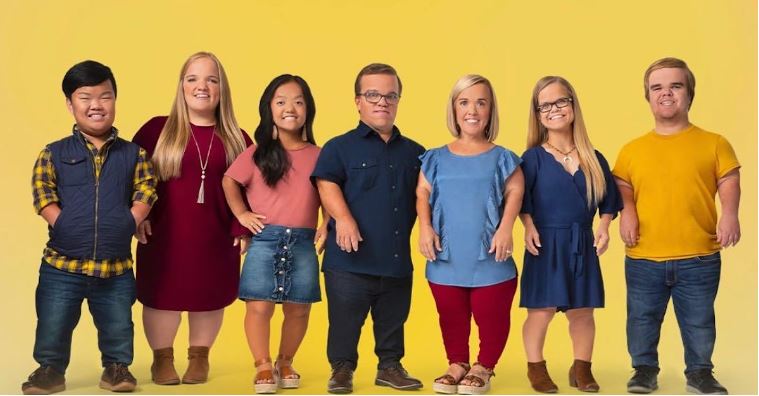 What is the Johnston’s family net worth and how much do they make per episode on the TLC show? Finance details of Trent and Amber‘s family are explained.

The TLC series 7 Little Johnstons premiered on TLC back in 2015 — and even if you have been watching it since then, it can be hard to keep up with the family.

The show follows a Georgia-based family of seven who all have achondroplasia dwarfism, making them the largest family in the world with the genetic condition. Let’s take a look at everything you need to know about the Johnstons, who, have called themselves the “the real life seven dwarfs.”

What is the Johnston’s family net worth?

It is not known exactly how much the Johnstons get paid from TLC, but according to reality producer Terence Michael, reality show families typically get 10 percent of a show’s per-episode budget. So, if TLC budgets $250,000 to $400,000 per episode, which is the network’s average, the Johnstons are likely earning anywhere from $25,000 to $40,000 per episode.

The Johnston family reportedly has a net worth between $1 million and $5 million.

Which Johnstons kids are adopted?

Trent and Amber welcomed their biological kids, Jonah and Elizabeth, before adopting three more kids — who also have dwarfism — from all over the world. There is Anna from Russia, Alex from South Korea, and Emma from China.

“Adoption is not necessarily for everybody. However, everybody can be a part of adoption — whether it’s making donations to a specific family that’s adopting or a specific organization, ” Amber said in a YouTube video. “Our family was created not only by birth, but also by adoption, and Trent and I are extremely proud of that.”

Trent went on to explain that Amber suffered complications during both of her deliveries, prompting them to look into adoption as a safer way to expand their family. “All three of our kids’ stories are different,” Trent added. “We traveled to Russia — we were in Russia for 16 days when we got Anna. We did not travel to South Korea, we were able to hire an escort service to bring Alex to us, and we did travel to China to pick up Emma.”

Are the Johnstons adopting again?

Back in 2017, Amber and Trent were discussing adopting another baby on the show. “I got notification of a 2-year-old child with achondroplasia that is available for adoption in China,” Amber told Trent. “And I really have the feeling that he should be a Johnston.”

However, Trent had some reservations about adopting another young kid. “I don’t want to be retired and still have grade school kids,” he said. “The least amount of responsibility we have later in life, the better off we are. If we set ourselves up with another young child and something happens to us, we’ve got this responsibility hanging out behind us.”

Ultimately, Trent and Amber have not adopted any more children.

Ultimately, it seems Amber and Trent have decided that five children (two biological and three adopted) are plenty for them. But who knows? Perhaps once the remaining two kids graduate from high school and leave the nest, the Johnstons will once again get that itch — and adoption will be back on the table.

Catch new episodes of 7 Little Johnstons Tuesdays at 9 p.m. EST on TLC, or on the Discovery Plus app.