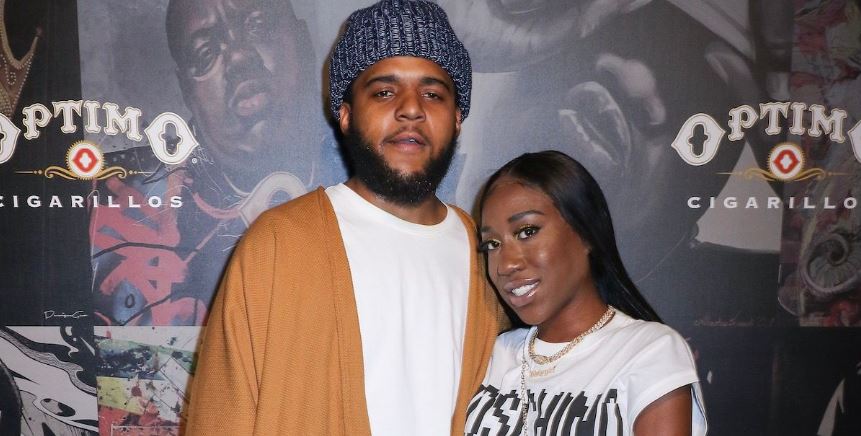 Who are The Notorious B.I.G.’s children and what do they do for a living now? Inside the businesses of Biggie’s kids.

Not only was The Notorious B.I.G. just 24 years old when he was killed in a 1997 drive-by shooting, but he also left behind a wife and two kids. Despite losing their dad at a young age, the hip-hop artist’s son and daughter have used his celebrated career as inspiration to carve their own successful paths. What are they up to now? Let’s take a look.

Where are Notorious B.I.G.’s kids now?

The Grammy nominee’s firstborn, T’yanna Dream Wallace, was only 3 years old when her father was shot, but she keeps his memory alive through her brand, Notoriouss Clothing. “The Wallace name is big, I’m not gonna lie. … I try to just continue the legacy,” she told MusicXclusives TV in 2016.

In a 2018 chat with iHeartRadio, T’yanna — whose mother is Jan Jackson — shared that her passion for fashion started in high school. “Each and every piece [of Notoriouss clothing] is designed by me,” the 26-year-old revealed, adding that she typically marks the anniversary of her father’s death with a special edition item.

“I’ll do a collab with another artist, and we’ll do a t-shirt together that usually has an image of my dad on it, something that has to do with him,” she said. “I’m proud of him for leaving the legacy for himself at such a young age. I feel like that’s really hard to do. … To almost still be a household name is really amazing.”

As for Biggie’s son, Christopher George Latore Wallace Jr. (aka C.J.), he became an entertainer like his father. But instead of rapping, he’s found success as an actor.

C.J.’s first role was playing a younger version of his dad in the 2009 biopic Notorious, and he most recently appeared in the TV adaptation of the slasher film franchise Scream. The New Yorker is also an entrepreneur, having launched a cannabis company called Think BIG in March 2019.

The enterprise’s Instagram bio states that it’s “leading a social movement challenging humans to discover how plant-based products can be used for curiosity, creativity, contemplation, and healing.”

The business also spawned a separate lifestyle brand called Frank White (Biggie’s alter ego) consisting of apparel, accessories, health and wellness products, music, and other forms of content, including mementos of the rapper.

“I never wanted to do anything with my dad’s music, as it would be expected,” C.J. admitted to Forbes in an interview earlier this month. “I always heard about tapes, unheard verses, unseen footage that I would love to work with to create something new, not just music.”

T’yanna recently posted a $1 million bond for her boyfriend in a hit-and-run case.

Although it appears as though both T’yanna and C.J. have found plenty of individual success, that doesn’t come without a few hiccups. Case-in-point: the recent situation where T’yanna posted a $1 million bond for her boyfriend, Tyshawn Baldwin, with whom she shares an infant daughter after he reportedly hit multiple innocent people with his car.

Per FOX, Baldwin allegedly drove away from police on Aug. 10, 2022, during a traffic stop in Queens. He was stopped by the officers for parking in a busy intersection as well as having a loud exhaust and tinted windows. While fleeing authorities, Baldwin is said to have struck a group of pedestrians in the street with his car.

The publication noted that T’yanna put up her $1.5 million Brooklyn home to secure Baldwin’s bond. He was arraigned on 17 counts, which include reckless endangerment, endangering the welfare of a child, first-degree assault, and a slew of other serious charges.

As of now, only time will tell what penalties Baldwin faces, but his lawyer, Ken Belkin, told FOX, “My client is a good man who has never been in trouble before.”