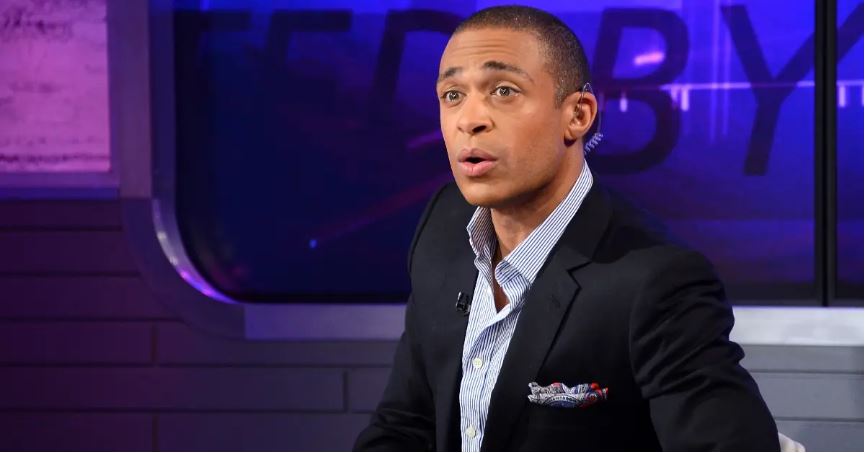 What is T.J. Holmes’ net worth? The ‘GMA3’ co-host has made a sizable fortune amid being exposed for a purported affair with Amy Robach.

Good Morning America co-anchor T.J. Holmes has been a part of the broadcast journalism industry for quite some time now. While most know him for his appearances across ABC News platforms, he also gained media attention while working for CNN. Recently, Holmes has been making headlines more often than he is reporting them due to his alleged affair with his fellow GMA3 co-host, Amy Robach.

While many have admitted that the chemistry between the two was obvious, the DailyMail was able to confirm they are dating. Trouble is, they are both still married. Want to know more about Holmes’ personal life, such as who his wife is and how much he’s worth (in other words, how much he might have to divide in the event of a divorce), keep reading for all the juicy details!

A look at T.J. Holmes’ net worth and his career as a journalist.

As a broadcast journalist, Holmes has had the pleasure of interviewing prominent people in the entertainment industry and covering a wide range of breaking news stories.

After being accepted into the ABC News family in 2014, Holmes was tasked with interviewing former NBA star Dwayne Wade and other well-known individuals including attorney Ben Crump, Kate Walsh, and longtime Jeopardy! host Alex Trebek.

Holmes’ track record also includes covering major world events such as the impact the COVID-19 pandemic had on sports and the death of Chadwick Boseman, according to his GMA bio. His career as a journalist has put him in line to meet some of the most admired individuals and also allows him to travel.

While working for ABC News, Holmes traveled to Rio de Janeiro for the 2016 Summer Olympics and also had the opportunity to go to South Africa for GMA’s live safari adventure. Before he joined GMA, Holmes worked at MSNBC, CNN, KNTV (in San Francisco), and KTHV (in Arkansas). Today, Holmes is estimated to be worth $5 million.

T.J. Holmes is often recognized for his roles on GMA, GMA3, CNN, and BET, but his alleged affair overshadowed his career in December 2022 after news broke he was reportedly dating fellow co-host, Amy Robach.

Who is T.J. Holmes married to?

Moving onto Holmes’ love life (as this is what most people are concerned with at the present), the GMA3 co-host is married to Marilee Fiebig, who works as an immigration lawyer. The two tied the knot in 2010 and share a nine-year-old daughter.

While the couple may be married on paper, an inside source told the DailyMail that they separated in August, just two months after he and Robach reportedly became “lovers” during the time they were covering the Queen’s Diamond Jubilee in June 2022.

Ironically, inside sources also shared with the DailyMail that Robach and her husband, Andrew Shue, separated around the same time.

T.J. Holmes made headlines in December 2022 for his alleged affair with Amy Robach.

At the beginning of December 2022, Holmes’ name made multiple headlines over his alleged affair with Robach. After the DailyMail captured the two spend the weekend together and getting cozy at a New York City bar, the source published the photos and announced they were in a relationship.

Based on some of the photos that were taken, it appears the two weren’t exactly trying to hide their feelings for each other from the cameras.

In addition to calling Holmes out for his alleged affair, the GMA3 co-host also received backlash for an old Instagram post from 2020. In it, Holmes appears to be acknowledging his wife of 10 years of marriage, though his tone is less of a romantic one.

Part of Holmes’ message read, “10 years ago, Marilee Fiebig married me. And despite my best efforts, she remained married to me for the past 10 years. That’s not hyperbole. I’m not being dramatic. I gave her plenty of reasons, excuses, and opportunities to walk her fine ass out the doooooooor.”