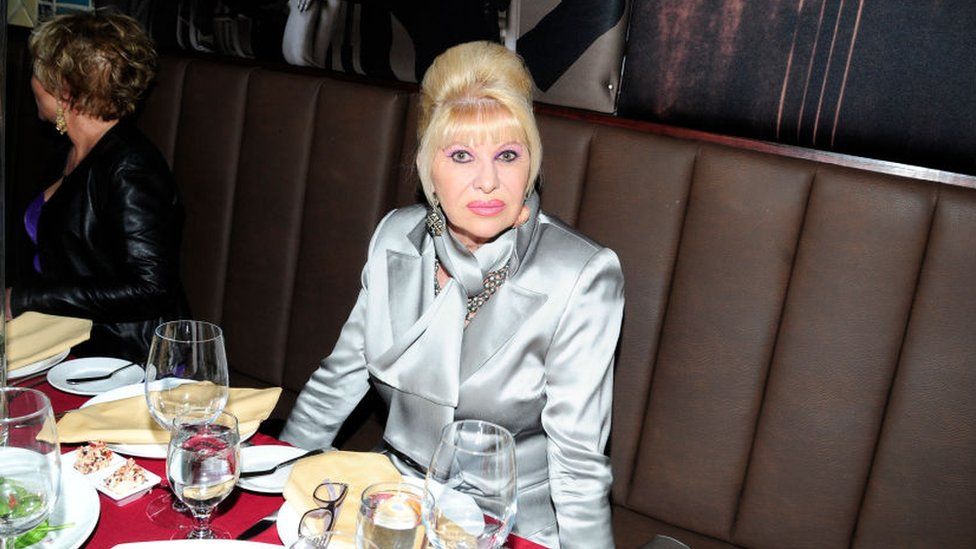 Ivanka Trump pens a heartbreaking tribute after her mother, Ivana Trump, was found dead on July 14 at the age of 73.

Ivanka Trump is honoring the memory of her late mom Ivana Trump.

On July 14, Ivana—the ex-wife of former President Donald Trump—passed away at the age of 73. Amid news of her passing, a “heartbroken” Ivanka took to Twitter to share a tribute to her mother. “Mom was brilliant, charming, passionate and wickedly funny,” she wrote alongside a sweet throwback photo of the mother-daughter duo from when Ivanka was a child. “She lived life to the fullest—never forgoing an opportunity to laugh and dance.”

She added, “I will miss her forever and will keep her memory alive in our hearts always.”

Ivanka’s post follows an earlier statement made with her brothers Donald Trump Jr. and Eric Trump announcing Ivana’s death. “It is with deep sadness that we announce the passing of our beloved mother, Ivana Trump,” the statement read. “Our mother was an incredible woman—a force in business, a world-class athlete, a radiant beauty, and caring mother and friend.”

Ivana’s children went on to credit her as a “survivor,” saying that she had “fled from communism and embraced this country.”

Throughout her marriage with Donald, Ivana worked alongside her former husband in the Trump Organization and oversaw multiple projects, including the construction of the Trump Tower in New York City.

“She taught her children about grit and toughness, compassion and determination,” it continued. “She will be dearly missed by her mother, her three children and ten grandchildren.”

What was Ivana Trump’s cause of death?

At 12:40 p.m., police responded to a complaint of a person in cardiac arrest at 10 East 64th Street on the Upper East Side.

The death is not being investigated as suspicious, and officials believe she died of natural causes.

A New York City official told E! News that Ivana was found dead inside her Manhattan home with no indication of foul play.

As of now, there is no information regarding the cause of death of the first wife of former president Donald Trump.

The former president, who was married to Ivana from 1977 to 1992, also shared a statement of his own in which he called Ivanka, Eric, and Donald Jr. her “pride and joy.”

“She was so proud of them, as we were all so proud of her,” Donald wrote. “Rest In Peace, Ivana!”

In addition to Ivana, Donald was married to Maria Maples from 1993-1999, whom he shares his daughter Tiffany Trump with. He tied the knot with his current wife Melania Trump in 2005 and welcomed their son Barron Trump the following year.