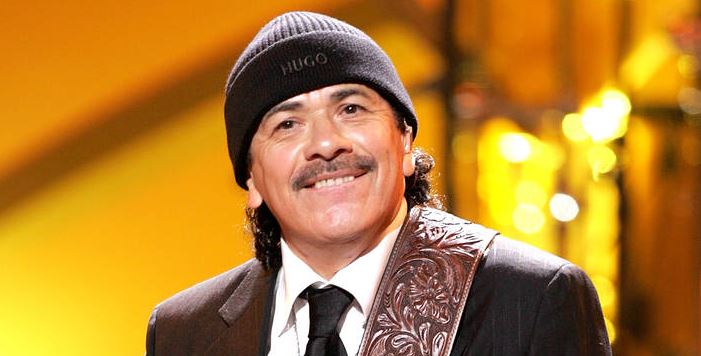 Onlookers were understandably concerned when the music legend collapsed on stage during his Detroit concert.

It was a frightening scene this evening (July 5) at a Carlos Santana concert in Michigan. The famed guitarist has been taking to the world’s stages and performing in front of sold-out audiences for decades, making him a legend unlike any other. Santana has worked with artists across genre lines and has earned respect from entertainers worldwide, and although he’s 74 years old, the music icon is still putting on unforgettable shows for his fans.

On Tuesday, Santana was in Detroit at the Pine Knob Music Theater in the middle of a show when he reportedly fainted, shocking onlookers.

PEOPLE later received an update from Santana’s rep who assured his fans that he’s recovering. According to the rep, the musician was “overtaken by heat exhaustion and dehydration.”

“The guitar great was taken from his show at Pine Knob Music Theatre (formerly DTE Energy Music Theatre), an outdoor amphitheater in Clarkston, some 40 miles northwest of Detroit, Michigan,” they reportedly stated. “Carlos was taken to the emergency department at McLaren Clarkston for observation and is doing well.”

Santana has rescheduled his Pennsylvania performance on Wednesday, but it is unclear if he will be taking a break and putting off future shows, as well.

Carlos Augusto Santana Alves is a Mexican guitarist who rose to fame in the late 1960s and early 1970s with his band Santana, which pioneered a fusion of Rock and roll and Latin American jazz.