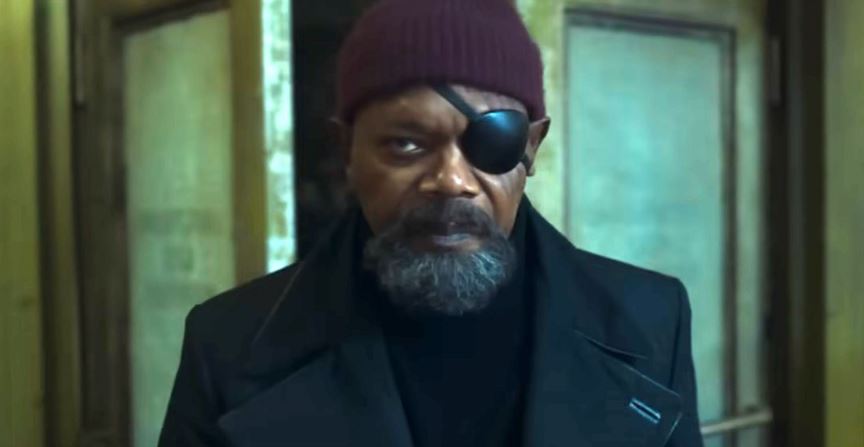 Nick Fury is easily recognizable for his eye patch — Why does he wear it? Here’s everything you need to know.

If there’s one thing we know about the Marvel Cinematic Universe, it’s that the heroes and villains of the franchise tend to have to earn their way toward their iconic outfits. Tony Stark (Robert Downey Jr.) went through several iterations of his armor before settling on his Mark III armor in the first Iron Man. Matt Murdock (Charlie Cox) spent the whole first season in a makeshift vigilante costume before earning his classic red (and eventually his classic-er yellow).

Nick Fury’s eye patch is practically synonymous with the man himself. But with the upcoming premiere of Secret Invasion, fans are wondering again why he wears it in the first place. Well, the movies themselves have addressed their origin in the past.

Why does Nick Fury wear an eyepatch?

Nick Fury’s look is as iconic as his reputation. He is a covert-ops expert, former director of SHIELD, and de facto founder of the original Avengers. He did all of this while wearing a pretty badass eye patch over his left eye. Known for keeping a litany of secrets, he has revealed his eye only a few times throughout the MCU timeline. In Captain America: The Winter Soldier, he took off the eye patch for the first time on screen to reveal some gnarly scratches and a damaged white eye.

Nick Fury has been defending the Earth for several years, having gotten into several scrapes and close calls in the past. Yet despite how decorated and red his ledger is, the origins of his eye patch in the films aren’t exactly one of his greatest moments.

A subplot in 2019’s Captain Marvel reveals Nick Fury’s origin story as an agent of SHIELD. Working together with Carol Danvers (Brie Larson), he attempts to protect the mighty Tesseract from falling into the wrong hands.

When the Tesseract is swallowed by a feline-like alien, Fury tries to catch the creature until they can remove it from its system. In the process, the alien scratches his left eye deeply, permanently scarring him and granting him his iconic look.

The way he loses his eye patch in the comics is much more on brand.

Nick Fury has many different appearances and iterations in the comics. He retains his iconic eye patch in most of his appearances, but an issue of a 1963 Nick Fury comic directly addresses its origins. According to Comic Book.com, he sustained 95 percent vision loss in his left eye during World War II. The injury was caused by an exploding Nazi grenade that he failed to throw back in time.

Reportedly, he even chose to keep fighting the war at the risk of losing sight in his left eye.

After a lengthy sabbatical in space, Nick Fury returns to the fray in the upcoming MCU series, Secret Invasion. The series follows Nick as he attempts to unravel a conspiracy involving shape-shifting Skrulls infiltrating human society.

For the most part, Nick is without his eye patch for the whole trailer. But he’ll need every bit of protection he can get when it comes to a covert alien invasion.

Secret Invasion begins streaming in early 2023 on Disney Plus.