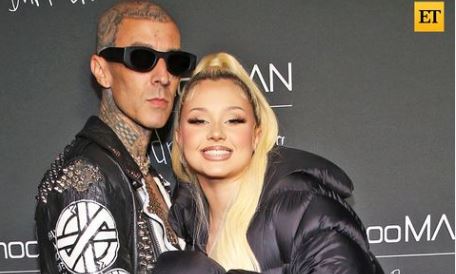 Travis Barker was seen arriving at Cedars-Sinai Medical Center by stretcher on June 28 with Kourtney Kardashian by his side.

Alabama Barker is asking fans to keep dad Travis Barker in their thoughts after he experienced a medical incident.

The Blink-182 drummer was brought by ambulance to Cedars-Sinai Medical Center in Los Angeles on June 28. His wife Kourtney Kardashian was by his side during his hospitalization.

In the evening, Travis’ daughter Alabama, 16, took to her Instagram Story to ask fans, “Please send your prayers.” She didn’t share other details.

Meanwhile, Travis seemingly alluded to his medical scare on Twitter by writing, “God save me.” (However, it’s also the title of a song that his collaborator and friend Machine Gun Kelly released in March.)

E! News has reached out to his rep for comment but hasn’t heard back.

Travis’ health emergency comes just one month after he and Kourtney said “I do” in Portofino, Italy.

Earlier this month, a source close to Kourtney revealed how the two have been adjusting to their life as husband and wife after their wedding.

“They are exhausted from the events and have been settling back into reality at home,” the insider said, noting that Kourtney “loves that it’s official and says it was one of the best weeks of her life.”