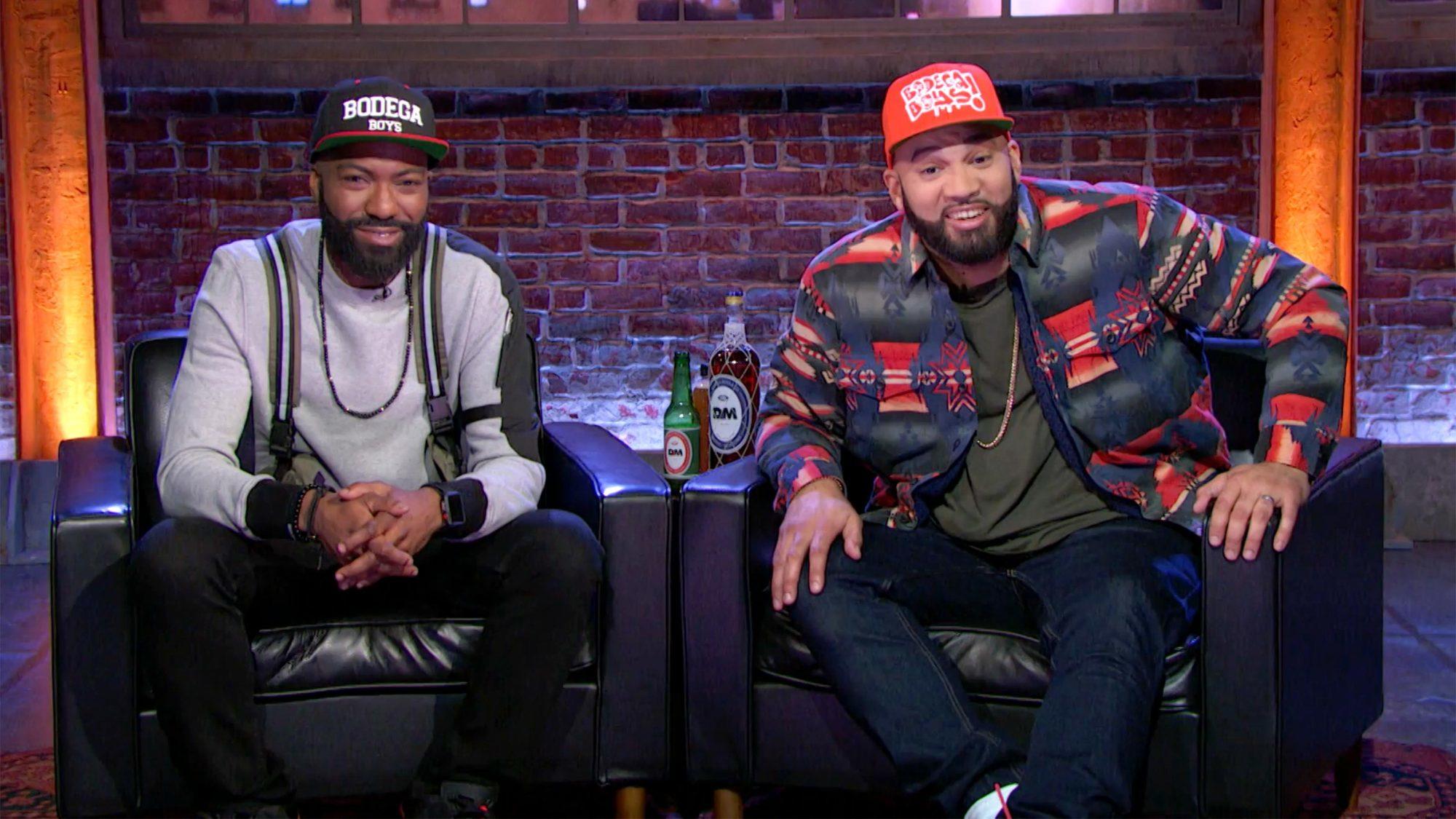 All good things must come to an end, and according to online rumors, that appears to be the case for one of Hip-Hop and popular culture’s favorite media duos — Desus and Mero.

Fans of Desus & Mero’s eponymous Showtime program are curious to know more about the two and why their series came to an end.

What happened to Desus & Mero?

On July 18, 2022, it was announced that Desus & Mero ended its run and would no longer produce new episodes.

According to AllHipHop, Daniel “Desus Nice” Baker and Joel “The Kid Mero” Martinez will no longer be teaming up for their lauded Bodega Boys podcast, which aired its last episode — “Ep 253: Bathed in Borax” — eight months ago. Now, following some vague tweets from Desus, fans are convinced that the rumors are indeed true.

Through the show’s official Twitter account, they stated: “Bodega Hive: The illustrious @desusnice and @THEKIDMERO will be pursuing separate creative endeavors moving forward.

“#DESUSandMERO will not be returning to SHOWTIME. It’s been a good run, fam.”

On the former’s separate account, he tweeted: “Shouts to showtime & shouts to the hive, thanks for being part of the journey.

“Proud of the show my staff made every episode. Big tings soon come.”

Who are Desus and Mero?

The above-mentioned show was hosted by Internet personalities and comedy commentators, Desus Nice and The Kid Mero.

The two are longtime friends who grew up together in the Bronx borough of New York City.

Prior to achieving fame on television, Desus went on to earn a degree in literature from the College of Mount Saint Vincent, while Mero attended Hunter College.

Around the same time, both future hosts were employed by a number of publications including Noisey, Vice, and Complex, while simultaneously hosting an online podcast named Bodega Boys.

The fans that Mero and Desus accumulated from their Bodega Boys podcast are given the collective fanbase name, the Bodega Hive.

Desus vs Mero ran for a year until the podcast’s conclusion in December 2014.

As Desus vs Mero came to an end, the two music bloggers went on to share screen time on MTV’s Guy Code.

They followed up their string of Guy Code appearances with another self-titled late-night program that first premiered on Viceland in October 2016.

On June 19, Desus reassured Bodega Boys followers that “the art” would be “coming back” and to believe in him, but after nearly a full month, he returned to the thread below his initial tweet and said, “I tried y’all.” That fan then went on to thank him for the confirmation, prompting another vague message from Desus.

“the hive deserved better than this ending,” the Desus & Mero co-star tweeted on July 15. “Reddit can slander my name but when the truth comes out…..actually just wait.”

While Desus’ tweets seem to allude to an “ending” of some sort coming in the near future, there has not been any official confirmation as to whether the rumors are actually true or if he’s just trolling his fans.