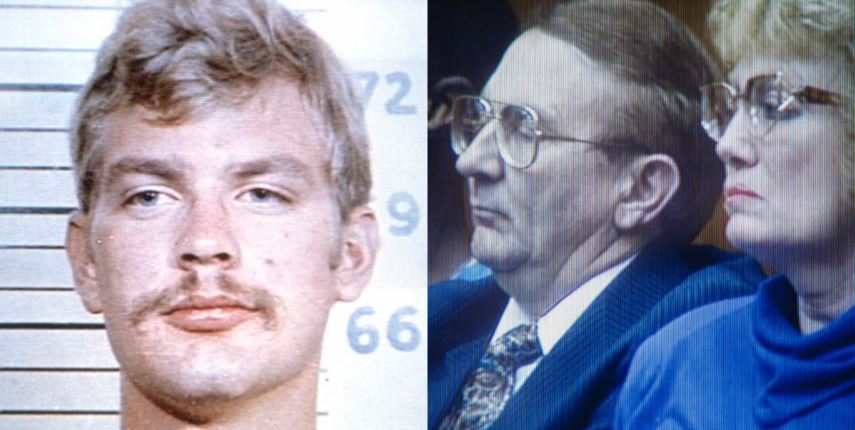 Infamous serial killer and cannibal Jeffrey Dahmer‘s horrific spree of killings from 1978 to 1991 haunts the country and true crime fanatics alike. After his arrest in 1991, his upbringing was highly scrutinized, looking for any signs that could indicate how he became the killer he was.

In a new documentary from Discovery, Jeffrey Dahmer: Mind of a Monster, Dahmer’s parents detail the killer’s childhood and his upbringing.

Jeffrey Dahmer’s parents claim they didn’t abuse him as a child.

Dahmer’s parents, Lionel and Joyce, have been open about their son’s upbringing, admitting they had no idea he was unwell when he was younger. They claim to have raised him in a normal household and, despite Lionel and Joyce’s divorce and separation, claim he was not abused as a child, unlike most serial killers.

Lionel admits, in his book A Father’s Notebook, that he was largely absent during Dahmer’s younger years, due to his status as a student pursuing a degree in chemistry, and admits that while he thought he was doing the boy no harm while raising him, he feels he bears some of the responsibility for Dahmer’s outcome.

“I really want to tell parents what I think they should look for in rearing their children,” Lionel said in an interview on Larry King Live.

He detailed that the only red flag from Dahmer’s childhood, that he and Joyce did not find out about until much later, was that he spent his time between the ages of 12 and 14 biking around rural roads, collecting roadkill and keeping a stash of the dead animals.

“If I had known about the roadkill, that would’ve been a red flag,” Lionel said. “I would’ve done something immediately, intervened. But before that, there wasn’t really anything.”

He described his son as extremely shy growing up, which was likely what led to Dahmer’s ability to keep secrets from his parents and friends growing up.

Lionel is also interviewed in Jeffrey Dahmer: The Mind of a Monster, detailing Dahmer’s mostly average childhood and his attempts to help his son as he began to see the red flags.

Jeffrey’s father and mother are Lionel Dahmer and Joyce Flint. When he was a teenager his parents divorced. Lionel, who is a chemist, wrote a book titled A Father’s Story in which he discusses what it was like being the dad of a well-known serial killer.

He mentioned that he thinks maybe his ex-wife being on prescription drugs while she was pregnant with Jeffrey could’ve affected his brain somehow. Lionel also blamed himself for not being enough emotional support for Jeffrey.

There’s a part in the book where he says maybe chemistry, his line of work, has to do with the way Jeffrey acted. “As a scientist, [I] wonder if [the] potential for great evil…resides deep in the blood that some of us…may pass on to our children at birth,” he wrote.

He stayed in touch with his son when Jeffrey was incarcerated and made sure to visit him. His second wife, Jeffrey’s stepmom, Shari, did the same.

Jeffrey was never married and didn’t have kids of his own.

His mother Joyce really struggled after Jeffrey was convicted and went to jail. She called him every Sunday while he was in jail. She also expressed in interviews that she’d always love her son. Just a few months after Jeffrey was murdered in prison, Joyce attempted suicide, but she survived the attempt. She had left a note saying, “It’s been a lonely life, especially today. Please cremate me … I love my sons, Jeff and David.” Joyce died in 2000 from breast cancer.

As for Jeffrey’s younger brother David, he has stayed under wraps and on the down-low throughout Jeffrey’s conviction and imprisonment. He never participated in any interviews surrounding his older brother. Oxygen reports that he has changed his name and wants to be dissociated from his brother and his actions.