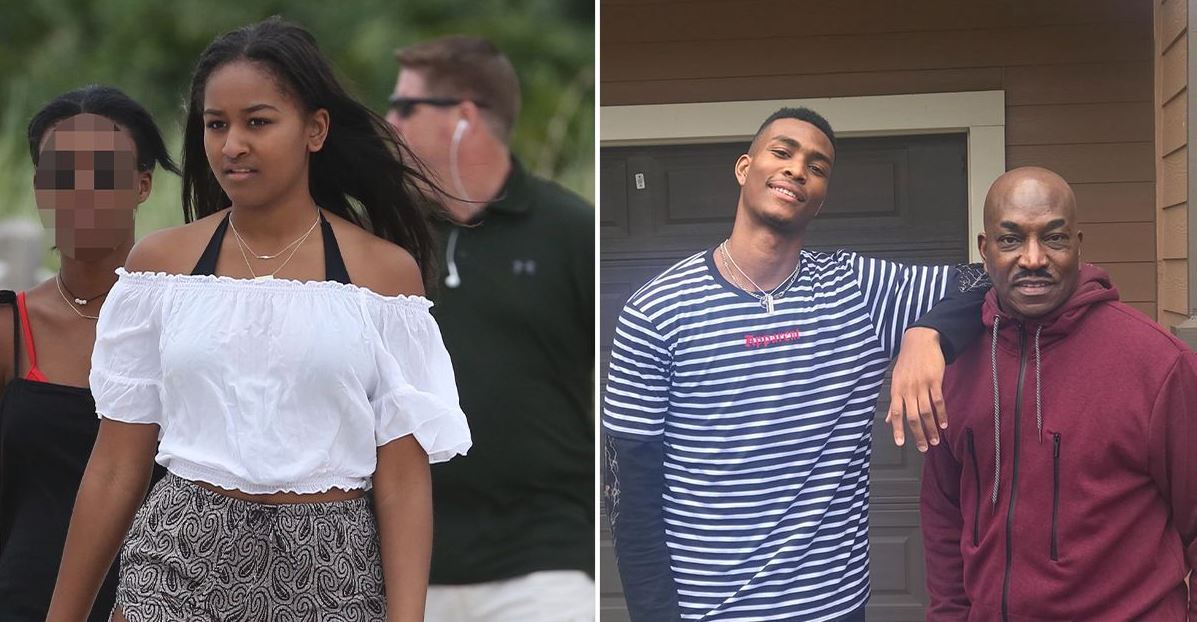 Who is Sasha Obama’s boyfriend? What is Clifton Powell Jr’s net worth? Read more about the Malia Obama’s sister’s boyfriend.

After leaving the White House, the Obama sisters stayed out of the spotlight but now have “real lives,” according to their mother.

Sasha Obama has a new man in her life, and we already can’t get enough of this cute couple.

Here’s everything you need to know about the man who’s seemingly stolen Sasha’s heart.

He’s the son of a famous actor

In addition to “Ray,” Powell Jr.’s father has appeared in films like “Menace II Society,” “Dead Presidents” and “Why Do Fools Fall in Love.”

Powell Sr. and wife Kimberly welcomed their son on May 23, 1997. He was raised in Los Angeles’ Ladera Heights neighborhood and attended Village Christian High School – a private institution that charges $28,340 a year in tuition.

The proud father posted a sweet tribute on his son’s 24th birthday last May, writing, “24 yrs ago You came into the world son and you changed my life and to this day you still bring Soooooo much Joy to Me and to All that you touch I’m soooooo Proud of You Young Man Enjoy this Special Day God gave to You.”

He received a basketball scholarship

Upon graduating high school, Powell Jr. was awarded a four-year basketball scholarship to the University of California at Santa Barbara.

However, he transferred out of the university less than one year later to concentrate on a different subject: film.

Powell Jr. had written in his freshman basketball bio that he wanted to pursue a career as a broadcaster. The short bio also revealed that his favorite movie is “Straight Outta Compton,” while his top TV show is “Scandal.”

The couple met in California

They were photographed for the first time together earlier this week, but it’s unclear when exactly they met or began hanging out.

Paparazzi shots showed Sasha and her 6-foot-5 beau smiling at each other as they went for a walk. She kept it casual in a maxi skirt, crop top and Birkenstock clogs, while Powell Jr. matched her energy in jeans, a tee and a baseball hat.

He now works in the film industry

Powell Jr. “made his leap into the narrative writing world” after graduating college, his website states, and he now works as a commercial director.

“Finding an extended passion in directing and visual storytelling, he continued to work at the craft of directing and was quickly thrown into the fire, which forced him to adjust and learn fast,” the bio on his website continues.

According to a reel, Powell Jr. has already created video content for brands like Peloton and Nike, along with a project his dad was also involved in.

It seems Powell Jr. already has the stamp of approval from the Obamas! Family matriarch Michelle Obama was actually the one who spilled the tea about Sasha having a boyfriend.

“[Malia and Sasha] loved the Jonas Brothers. Now they are bringing grown men home,” the former first lady, 58, said on “The Ellen DeGeneres Show.” “Before it was just, like, pop bands. Now they have boyfriends and real lives.”

The couple’s eldest daughter, Malia, 23, has been dating her Harvard-educated boyfriend, Rory Farquharson, since they met in 2017.

He is a Chriistian and doesn’t joke with his religion.

He has an impressive net worth

Clifton Powell Jr. is reportedly worth around $1 million to $5 million. However, his father, Powell Senior has an estimated net worth of $500K, according to Celebrity Net Worth.

When did Sasha Obama and Clifton Powell Jr start dating?

The romance was kept under wraps until photos linked the pair as an item, according to DailyMail.com.

During an appearance on Ellen DeGeneres‘ talk show earlier this week, Sasha’s mum Michelle Obama let it slip both daughters were dating.

She said: “They loved the Jonas Brothers. Now they are bringing grown men home.”

Who else has Sasha Obama dated?