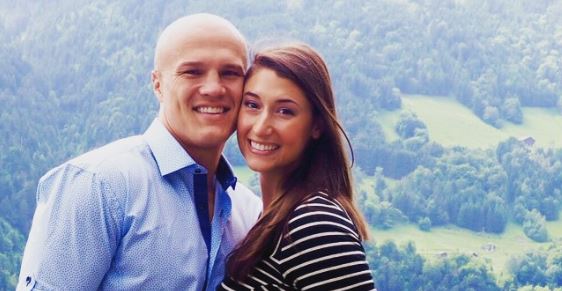 Is Coy Wire married and who are his wife and children? Inside the personal and love life of the former NFL player now a sports anchor on CNN.

A new season of CNN 10 has begun and fans were surprised to see a new host on the educative show. This led many worried and curious fans to ponder whether Carl Azuz, the initial host still works for CNN after his absence was felt.

Both old and new fans of Coy would want to know more about his personal and love life. So, is Coy Wire married, and does he have kids?

Coy Wire is an American television anchor and correspondent, and former professional football player in the National Football League.

Wire was raised by his parents, Rick and Jane Wire. His mother, Jane, is a software analyst. He has a sister, Tiffany, and his brother, Casey, is PGA-certified teaching professional.

Wire is of German, Irish, Dutch, and Japanese descent. His mother named him after the Japanese word for “love”.

Since 2015, he has worked for CNN as a sports anchor and correspondent. He currently is the anchor of CNN 10, succeeding Carl Azuz on September 12th, 2022.

Wire wrote an inspirational book, Change Your Mind, which was published in 2012.

Who is Coy Wire’s wife and does he have a child?

Yes, Coy Wire is a married man. He is married to Claire Wire. Wire resides in Atlanta, Georgia, with his wife, Claire. Claire and Coy tied the knot on 4th April 2008, in a private wedding ceremony. It’s been over a decade (approximately 12 years) since the couple is in marital bliss but their relationship is still going strong according to Celebsuburb.

Claire Wire is one of the best and brightest interior designers with years of experience in the field. She is the owner and a principal designer of her own design company named Claire Wire Interiors which was formed in 2012.

Claire was born as Claire Francis Glover in June 1986, in Phoenix, Arizona. She is the daughter of John N Glover (father) and Diane Glover (mother). She grew up in her hometown Phoenix.

Besides, her nationality is American, and belongs to the Caucasian ethnicity.

Claire attended Loyola Marymount University in 2003 and majored in Psychology and double minored in Studio Arts and Art History in 2007. She did her psychology fieldwork at a placement school for delinquents in Buffalo, NYC. At the same time, her then-fiance Coy Wire was also a linebacker for the team Buffalo Bills.

In the following year, Claire went on to enroll at the Art Institute of Atlanta and graduated with a Bachelor of Fine Arts Degree in interior design in 2011.

The adorable couple also has a child. The two are blessed with two daughters named Wrenn Annette, born on 29 April 2017, and Ruby Wire. Claire announced the big news via her Instagram account in early May of the year with a photo that features her newly-born baby and her husband Coy Wire.