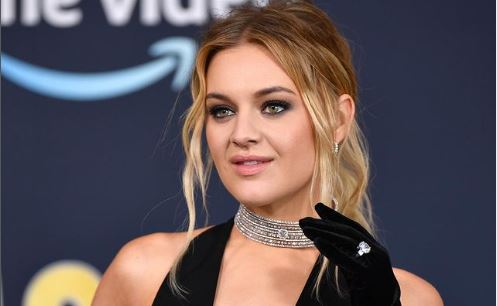 Kelsea Nicole Ballerini is an American country pop singer. She began songwriting as a child and signed with Black River Entertainment in 2014, releasing her debut studio album the following year, The First Time. Her second studio album, Unapologetically, followed in 2017.

One of the most highly anticipated country music events CMA Fest 2022 finally took place on June 11 with the likes of Keith Urban and Carrie Underwood making an appearance. Although, it was singer and TikToker Kelsea Ballerini who made a splash during the night.

Country singer and songwriter Kelsea Ballerini similarly set herself up among the likes of Selena Gomez, Ariana Grande, and Lizzo on the platform in March 2020. With her first TikTok video picking up 3.2 million views as of writing, it’s no surprise she’s established a glittering TikTok career also.

Read on to find out more about Kelsea Ballerini’s family, husband, kids, net worth, schools, and more.

1. Who is Kelsea Nicole Ballerini?

Kelsea Nicole Ballerini is an American country-pop singer. Kelsea Ballerini was born in Mascot, Tennessee in September 1993. Her debut studio album The First Time was released in 2015 on Black River records. The album reached #4 on the US Country and US Indie charts.

2. Where and when was Kelsea Ballerini born?

Ballerini was born and raised in Knoxville, Tennessee, United States. She was born on September 12, 1993. This means she holds an American nationality and celebrates her birthday on September 12 of every year.

3. How old is Kelsea Ballerini?

The American singer is 28 years old. She celebrates her birthday on September 12.

4. Who are Kelsea Ballerini’s parents?

Her father, Ed, a former sales manager for a country radio station, is of part Italian descent. Her mother, Carla, has worked in marketing for Thomas Nelson Bible publishing and a sponsorship company.

5. Does Kelsea Ballerini have siblings?

She is an only child. She started taking dance lessons at Premiere Dance Studio in Seymour, Tennessee when she was three and stopped ten years later. She sang in the church and school choirs. She wrote her first song at 12 for her mother and moved to Nashville, Tennessee, three years later.

6. Where did Kelsea Ballerini attend School?

She attended Central High School in Knoxville, Tennessee; Centennial High School in Franklin, Tennessee. Though she moved to Nashville when she was 15 to pursue music, Kelsea attended Lipscomb University before making it big in the country, studying communications and marketing for two years before leaving for a full-time music career.

7. How tall is Kelsea Ballerini and what is her birth sign?

Kelsea is 5 feet 6 inches, and 168 cm tall. She weighs around 54 kg; 119 lbs. Her birth/star/zodiac sign is Virgo, according to Astrologers.

8. She led her church choir

It seems that Kelsea has the art of performing in her blood. Growing up, she was at the forefront of music in her hometown, leading the worship and choir at her church, in addition to her school choir and glee club.

Though writing and singing most of her young life, Kelsea admits to CMT that she initially didn’t want to make a career out of it. She originally had her heart set on becoming a veterinarian, planning to build a life for herself in her hometown. “I really thought that’s what I wanted to do. It was a real job, and I could stay in Knoxville,” she says

10. The first song she wrote was for her mother

Her mom also served as inspiration for her first song. The story behind the track is a sweet one, with Kelsea admitting that she forgot to buy her mom a Mother’s Day present one year, so instead of rushing to the store last minute, she put music to words and wrote her mom a heartfelt song titled “Oh Mama.” Not surprisingly, it brought her to tears, and for a while, Kelsea would write her a new verse each year on the holiday. Aww!

11. Who is Kelsea Ballerini’s husband?

Morgan Evans and Kelsea Ballerini during a Planet Country interview on the CMC Awards red carpet in March 2016 around the time their relationship started.

12. Her dad was in the country music industry before she was

Not as an artist, but as a radio programmer. He was also a sales manager at WIVK, a local radio station in Kelsea’s native Knoxville, Tenn. when she was growing up.

13. And he makes her favorite food

Apparently, Kelsea’s dad is the master chef behind one of her favorite meals, claiming he makes the best pasta dish affectionately known as “Eddie’s Spaghetti.”

14. She was on a competitive hip-hop team

Her last name is one letter away from being “ballerina,” so it makes sense that’s what Kelsea was at one point in her life. Before devoting her life to music, Kelsea was a longtime dancer, beginning when she was three with ballet and ultimately getting into jazz and modern dance before dancing hip-hop, which she calls her “favorite.” She was even on a competitive hip-hop team in her early teen years but stopped when she was 13, the same age she was when she wrote her first song.

15. Her first job was at a cupcake shop

It’s safe to say most of us don’t have glamorous first jobs, but it seems like Kelsea had a pretty good one! The singer’s first gig was at a cupcake shop and she indulged in the sweet pastries on more than one occasion. “The rule was if you messed it up, you had to dispose of it but they didn’t tell us how so I ended up having to start working out that summer from eating too many cupcakes!” she jokes with Williamson Source.

16. She started music at an early age and has four studio albums to her name.

She began songwriting as a child and signed with Black River Entertainment in 2014, releasing her debut studio album the following year, The First Time. Her second studio album, Unapologetically, followed in 2017. Ballerini’s first two albums have accounted for seven charted songs on the Hot Country Songs and Country Airplay charts.

She has four No. 1 singles on the latter, starting with her debut single “Love Me Like You Mean It”, which made her the first female artist to send a debut single to the top of that chart since Carrie Underwood in 2006. It was followed by “Dibs” and “Peter Pan”, whose peaks also made her the first female country artist to send her first three singles to the top of that chart since Wynonna Judd. Ballerini’s fourth No. 1 single is “Legends“. Her third studio album, Kelsea, and a counterpart acoustic album, Ballerini, were both released in 2020.

Ballerini also cites Justin Bieber as an early pop musical inspiration. It was not until Ballerini heard “Stupid Boy” by Keith Urban that she decided to delve deeper into country music by listening to albums by Taylor Swift, Sugarland, and Dixie Chicks. She credited Swift’s self-titled debut studio album for introducing her to country music. Ballerini also cites Shania Twain as her greatest influence. She has also performed songs originally recorded by Alison Krauss and sang “Ghost in This House” alongside Krauss at the CMT Artists of the Year Awards in 2018.

18. She suffers from PTSD due to her experience during a shooting incident

Ballerini was a student at Central High School during the 2008 Shooting, which she witnessed. She has said she suffers from PTSD due to the experience.

19. She puts ranch dressing on her steak

We all have bizarre food cravings and apparently one of Kelsea’s is using the popular salad dressing in lieu of steak sauce. She also puts it on her pizza. Interesting!

As fans of all generations, Kelsea’s favorite film is the timeless classic, calling it “the greatest movie of all time” according to Macy’s blog.

21. And “Somewhere Over the Rainbow” is her favorite song

Seeing as she loves The Wizard of Oz, it should come as no surprise that one of the songs she loves most is the iconic number from the legendary film. “It’s just classic, and it’s stunning, and it’s perfect. And timeless,” she tells Nashville Business Journal. “I think when you can write a timeless song like that then you’ve accomplished everything.”

22. One of her biggest aspirations involves a hydraulic lift

Always one for glitz and glam, Kelsea reveals that one of her most ambitious dreams when it comes to performing is to enter the stage via a hydraulic lift as a way to create an awe-inspiring setting for her fans who come to her shows. “I love going to shows as a fan and seeing what kind of atmospheres the artist creates for that hour and a half. Because that’s what it is; you get to create a world for people to step into. And I’ve watched that as a fan for so many years, and I’ve studied it, and that’s what I want to create one day,” she says.

23. Her dream duet partner is Mackelmore

With her heart in country music, Kelsea’s interests stretch across the spectrum, citing the “Thrift Shop” rapper as one artist she’d love to collaborate with. She’s also a fan of Drake and Kanye West.

24. The one song she wishes she could cover forever is a Vince Gill number

Though she’s a big fan of pop stars including Kelly Clarkson, Britney Spears, and Taylor Swift, the one song Kelsea hopes to cover is one of the most revered country songs by Vince Gill. “‘Go Rest High On That Mountain’ by Vince Gill [is a] song I could probably cover every night of my life and be happy,” she tells Axs. “You can’t [do that] every night, but I will one day!”

25. She set a modern record with “Legends”

In just a few short years, Kelsea has managed to accomplish many notable feats. This especially rang true when her single “Legends” hit No. 1 in early 2018, awarding her the title of becoming the first female artist since Carrie Underwood to have the first singles from her first two albums reach the No. 1 spot on the charts. Congrats Kelsea!

If she’s not giving fans a taste of her music with some live performances recorded from her home or on the road, she also uses the app to show off her makeup and outfit looks.

She has even invited some of her famous friends to join her on her TikToks with great results. Her clip alongside the ‘queen of country music’ Dolly Parton went on to receive 1.2 million views. While her video with Reese Witherspoon currently has 3.5 million.

Before boosting her popularity on TikTok, Ballerini was already a huge name in the country music industry. In 2015, the hit songs ‘Love Me Like You Mean It’ and ‘Peter Pan’ from her debut album The First Time catapulted the Tennessee native to stardom.

Ballerini then went from strength to strength, receiving various nominations from the Grammy and Billboard Music Awards.

She also temporarily covered for Kelly Clarkson as a coach during Season 20 of The Voice, certifying her title as a prominent pop star.

17. What is Kelsea Ballerini’s net worth?

Kelsea Ballerini is an American country pop singer and songwriter who has a net worth of $6 million. Her source of income is her career as a musician. She also gets paid per sponsored posts on her social media accounts.