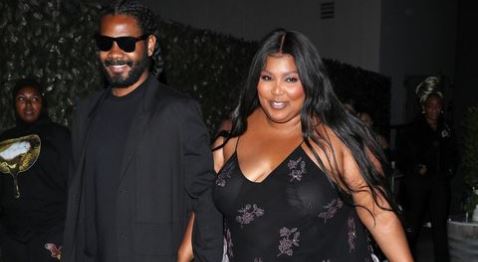 The rumors are true: Lizzo is off the market. See what the “About Damn Time” singer had to say about her special bond with boyfriend Myke Wright.

Lizzo‘s new love has her feeling good as hell.

A month after the singer made her relationship with boyfriend Myke Wright Instagram official, Lizzo is sharing more details about their romance, including why she believes their bond is so special.

“I have the most genuine people around me,” Lizzo, whose real name is Melissa Jefferson, said in a July 15 interview with The Breakfast Club. “They don’t give a s–t about ‘Lizzo’ with the chain on. They care about ‘Melissa’, and everyone I’m close with has known me before all of this happened and I think that’s important.”

“Even the man I’m with, he knew me before all of this too. We were friends,” she added. “It hit different when they knew you before 2019”.

Discussing how love saved her life, Lizzo explained that while she doesn’t mean she was about to die, allowing herself to accept more love completely changed her perspective.

“I think ‘saving your life’ doesn’t always me you was about to die and somebody saved you,” the “About Damn Time” singer said. “Saving your life can also mean, your life was headed in one direction and now it’s going in this direction which is a much better healthier, safer, happier place because of love.”

She added, “I think I was going towards a really lonely, anxious place in my life, especially after becoming a celebrity.”

While her A-lister status has proved to be difficult for her to navigate, Lizzo told Andy Cohen back in April that her fame is “not even a factor” in her relationship with Myke.

Though she didn’t name any names at the time, the Grammy winner made it clear that her life as a celebrity doesn’t affect how her boyfriend views her.

“If you have the right person, no, not at all,” she said. “It should be mutually supportive no matter what that person does.”

Who is Myke Wright?

According to VoyageLA, Wright grew up on Detroit’s Westside. After “juggling music, video production, and attending Art College,” per the publication, he eventually decided to move to Los Angeles in 2012 to pursue a career as a standup comedian.

Wright is best known for being a stand-up comedian, having previously appeared on Adam Devine’s House Party and Laughs. Additionally, Wright has a handful of acting credits, including How to Be a Grown Up, Doubting Thomas, and the short Tell Me What You Know About Cyrus, per his IMDb page.

On top of being a comedian, actor, and musician, Wright is also a designer. In addition to contributing designs to EMLE, a Detroit-based luxury clothing brand, he also founded his own designer and innovation company called ümi, which is “focused on improving the quality of human life through products and experience,” per VoyageLA.

“My mother would always tell me ‘Make Your Life More Than Just Long’. I really took that to heart,” he told the publication. “ümi is about getting all brightest minds together and forming material solutions for the problems humans face.”