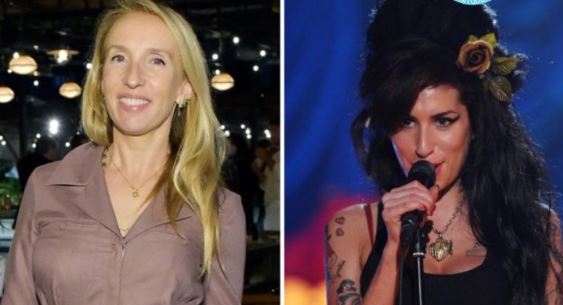 Sam Taylor-Johnson is reportedly directing a new biopic ‘Back to Black’ about the rise and fall of Amy Winehouse four years after the film was first announced.

The upcoming flick titled “Back to Black” is being directed by “Fifty Shades of Grey” director Sam Taylor-Johnson, according to Deadline, who further adds that the project is now said to be “moving together quickly.”

Matt Greenhalgh has been hired to write the script, which will tell the story of the “Rehab” singer’s life as one of the most sought-after jazz singers of her time, her upbringing in North London, and the global success that came with the release of her sophomore album, “Back to Black,” in 2006.

The record, which was produced by Mark Ronson and frequent Nas collaborator Salaam Remi, went on to scoop five Grammys at the 2008 Academy Awards and sell over 16 million copies worldwide while spanning multiple smash hits including “Tears Dry On Their Own,” “Love Is A Losing Game,” and “You Know I’m No Good.”

Having known Sam’s next project, let’s jump to her personal life. Sam-Taylor is a mother of four kids who she shares with her current husband Aaron Taylor-Johnson, and her ex-husband Jay Jopling. So, how did Sma and Aaron meet, and was it a love at first sight? Read on to find out more.

Is Sam Taylor-Johnson married and who is her husband?

Samantha Louise Taylor-Johnson OBE is a British filmmaker and photographer. Her directorial feature film debut was 2009’s Nowhere Boy, a film based on the childhood experiences of The Beatles songwriter and singer John Lennon. She is one of a group of artists known as the Young British Artists.

According to The Telegraph UK, Sam and Aaron met at the audition for the role of John Lennon in ‘Nowhere Boy,’ Sam’s feature film debut in 2008, a year prior to the film’s release.

In a 2017 interview with The Sunday Times UK, Sam (née Taylor-Wood) said the couple almost didn’t meet because Aaron was only available to audition on a date that she was absent.

Aaron had a limited schedule because he was filming “Kick-Ass.” Meanwhile, Sam and her first husband, an art dealer named Jay Jopling, had split after 11 years of marriage and she was moving out of their shared home on the day that Aaron was free. So, Aaron auditioned for the biopic at her house.

“It was so inconvenient,” Sam said. “In the end, I was like, ‘OK, he’ll have to come to my home.’ I opened my door to John Lennon. I instantly knew he was the guy.”

Sam’s divorce from Jopling, with whom she shares daughters Anjelica and Jessie Phoenix, was made public in September 2008. Anjelica Jopling also had a small role in “Nowhere Boy” as a younger version of John Lennon’s sister, Julia.

Sam told The Telegraph UK that she was immediately impressed by how much Aaron prepared for his audition.

“I could see how much research he’d done already just by the way he was standing and the few words he said,” she recalled.

Aaron later told Harper’s Bazaar that he still remembers how Sam looked at that first audition.

“I remember it very, very clearly,” he said. “I know exactly what she was wearing. This white shirt that she still has, that I love. It definitely changed my life, though not in the way I expected.”

Aaron has spoken out about their age gap multiple times. Speaking to The Telegraph UK in 2019, the actor said: “When I met Sam I’d already lived a life far beyond that of most of my contemporaries – I didn’t relate to anyone my age. I just feel that we’re on the same wavelength.”

“We had this intense connection,” Sam told The Sunday Times UK of working with the young actor.

“He was very intense and absolutely mind made-up,” she said of how their relationship blossomed.

The director also told The Telegraph UK that they clicked from the start.

“We were very professional through the entire film,” the couple told Harper’s Bazaar in 2019. “No funny business at all.”

Sam also said that “everyone on set knew” that they had a connection.

The proposal and marriage

“As soon as we finished, he told me he was going to marry me,” Sam told Harper’s Bazaar. “We had never been on a date, or even kissed.”

The actor later reflected on their engagement in an interview with The Telegraph UK, saying: “I knew instantly that I wanted to spend the rest of my life with this person.”

Their engagement was announced by Sam and Aaron, then 19, at the UK premiere of “Nowhere Boy” in fall 2009.

The couple got married in Somerset, England, and changed their last name to Taylor-Johnson on June 21, 2012, when Aaron was 22, and Sam 45 years, according to  E! News.

Of the name change, Aaron told London’s Evening Standard: “I just don’t see why women need to take the man’s name. I wanted to be a part of her just as much as she wanted to be part of me.”

Do Sam and Aaron have children?

Sma and Aaron have two children together. Their 1st child together, daughter Wylda Rae, was born in July 2010. Sam was 43 and Aaron was 20 at the time of their baby girl’s birth. According to People, Wylda was born in London.

Their 2nd child, daughter Romy Hero, was born on January 18, 2012. According to People, their baby was born at home in London. “Both mother and daughter are well,” a rep said in a statement shared with the publication.