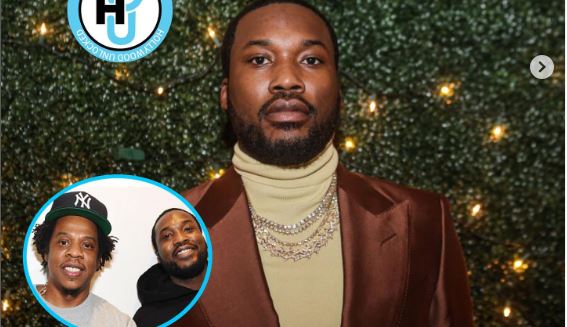 At this time, reps for the rapper and the company have not released a statement regarding these reports. However, Meek is no longer featured on the Roc Nation website or its social media profiles.

The 35-year-old entertainer has been attached to Roc Nation Management for a while. He first signed with Roc under a management deal back in 2012.

In 2019, Meek secured a joint venture deal with Roc for his imprint Dreamchasers, where he became president. In 2019, Meek also teamed up with Jay-Z and started Reform Alliance following his incarceration in 2018. Reform Alliance is a non-profit organization that is dedicated to probation, parole, and sentencing reform in the United States through legislation and lobbying.

Why did Meek Mill part ways with Rock Nation?

Meek confirmed that he and Roc Nation amicably ended their management deal following a 10-year stretch alongside each other. Meek explained that there’s nothing but love between him and Jay-Z. He said that his reason for leaving was to take bigger risks in his career in order to grow.

“All I seen today was meek and roc part ways …I’m personally handling my own business so I can take risk and grow ..we came to that agreement together..I have a label deal with roc for my artist and I got reform super tied with them and many other investments wit jigga,” he tweeted. “And roc nation is my family don’t mix my post aimed at Atlantic mixed up with roc or MMG …they ain’t stop nothing I’m doing we made about a 100m together des mike and Hov saved my life b4 And put a lot of energy into it I’m not behind on my favors in life wit my people I’m good.”

He added that the only reason he mentioned MMG is that people think that he still has issues with Rick Ross. “This wasn’t really a convo for MMG I just wanted to add that in there because Ross put me in the game also! It was for the controlled media base vibes,” he said.

Check his tweets out below.