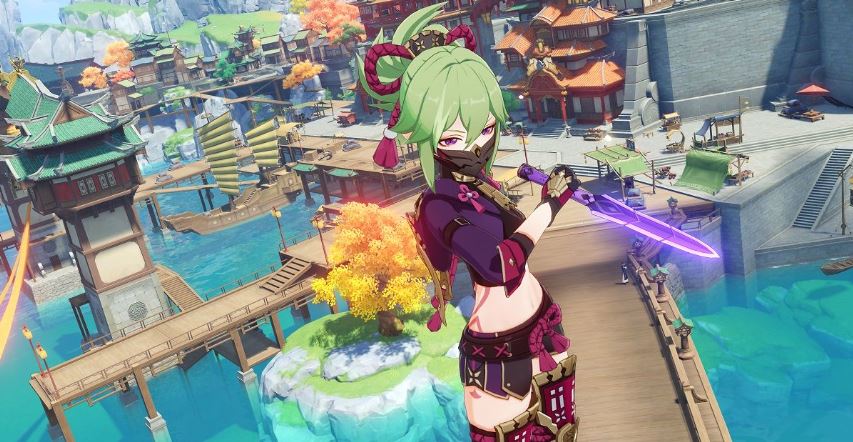 How Old Is Childe in ‘Genshin Impact‘? We Look at the Lore for Answers.

With Version 3.1 being released, the game’s cast of characters has never been stronger and more interesting. As we learn more about the world of Genshin Impact and the Fatui Harbingers, players are wondering about one of the game’s stars villains: Childe.

Childe, also known as Tartaglia, is a hydro-bow wielder hailing from the Snezhnaya nation. Childe is also the youngest and eleventh member of the Harbingers of Fatui who are part of the game’s cast of villains that hold absolute authority over the nation of Tsaritsa. Childe is loved by fans in the Genshin Impact community for his readiness for battle, and his brash attitude towards combat characterizing him as a loveable antihero.

How old is Childe in ‘Genshin Impact’?

One of the questions surrounding Childe is just how old he is. Since characters like Xiao the Adeptus and Albedo the synthetic human don’t have clearly defined ages seemingly purposefully, players are left wondering just how young Childe, the youngest member of the Harbingers of Fatui, really is.

While no official age has been given by the Genshin Impact’s developers, miHoYo, some hints do exist within lore for how old Childe is. Part of the lore around Childe falling into The Abyss and training with Skirk during childhood suggest that Childe is fairly young based on where his story starts.

Official lore added to the game in Update 1.2 further illuminates Childe’s back story. One of the events in Childe’s lore confirms that he was 14 when he fled the nation of Teyvat to become a warrior in Snezhnaya.

In addition to that, bits of Childe’s lore in Genshin Impact confirm that he was around 18 when he became one of the Eleven Fatui Harbingers. Comparing this to the timeline of the game puts Childe between 19 and 21 years old, which would seem to match the character’s physical appearance.