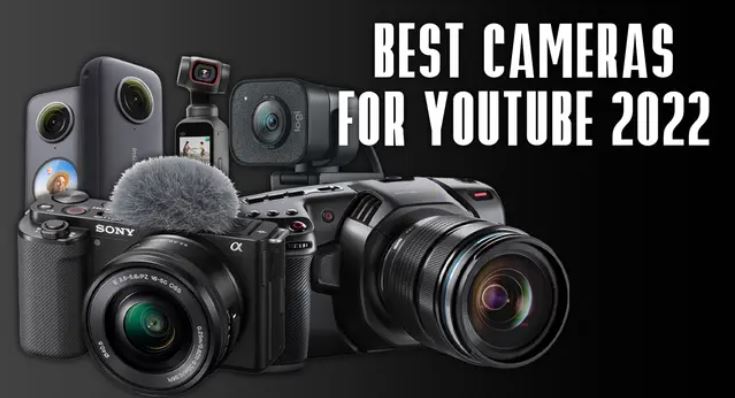 A burning question for all video content creators, what is the best camera for YouTube? Well, outside of the obvious choices, let’s take a look.

Getting into YouTube has always been pretty easy since its inception in 2005. The rise and fall of Flip cameras in the face of everyone getting a decent HD or 4K camera in their pocket, has seen video or photo apps explode in popularity.

With popular content creators like Markiplier and PewDiePie, all including ‘face cams’ in their videos, the need to get a decent-looking webcam or camera is now imperative. Even those that don’t do ‘let’s plays’, but do on-camera discussions or full production videos, you’ll begin to notice the increase in quality since everyone has begun to follow suit.

By ‘full production’, we mean video creators like Scott the Woz, NitroRad, and The Angry Video Game Nerd. This doesn’t mean that you have to be investing in anything like the Komodo or RED cameras (seriously, Linus, you don’t need them), but we’d recommend grabbing a decent camera that you can shoot 4K video with and watching a couple of lighting tutorials.

Whether you’re just looking for something that you can point at your face while you play games or something to harness to become the next Nostalgia Critic or person in front of their gaming shelf, these are the best cameras for YouTube in 2023.

Webcams aren’t the same as they used to be. The immense quality of some of the more expensive options is too much to pass up when discussing the best cameras for YouTube. While the age of sitting at your computer desk, filming at 15FPS to argue with someone in the comments has been dead for years, webcams got really good in that time.

This is due to the global health crisis introducing working from home as a genuine business avenue, as well as the rise in streaming.

Depending on the type of content you want to serve, webcams are now a totally viable choice to use. Heck, you could even become one of the biggest things online with a webcam. Just look how low-quality xQc’s streams are. You can best his stuff with a few of our recommendations.

The Logitech Streamcam provides both a clean, 1080p image and it’ll save any headaches of weird-looking footage, as it offers 60FPS alongside it. If you’re after a solid option, this is the one to go for.

If you’re the type to always want that extra headroom – we know we are – and don’t mind the potential for extra gigabytes as you capture both face and game, the Logitech Brio will be a grand choice for your video means.

While it doesn’t do 4K60 – most webcams won’t – it does do 1080p60. The 4K30 will be more than enough if you find that the position of the webcam is too far and you don’t have much room to play with. Here, with 4K footage, you can simply crop and zoom without completely destroying the image once you output to 1080p.

As of right now, most mirrorless cameras available will come with a flip-out screen. Vlogging and social media changed how cameras were designed.

So with flip-out screens being a must, we also have a few alternatives to choose from. These are for those who might be into a little more than the simple point-at-the-face and talk videos.

Vlogging comes in all shapes and forms these days, so being able to express yourself with creativity (or an app’s creativity), is vital.

You’ll almost always want – with a few exceptions – a camera that can shoot 4K. Shooting 4K might be more expensive in terms of storage and actual camera, but having the room to adjust your image without breaking anything as you export to a more comfortable 1080p, is better to have on hand.

The Sony ZV-1 was a pretty decent attempt at creating a high-end vlogging-focused camera. However, it had a hard ceiling on how far it could go due to the hardware. A built-in lens and a micro USB port in 2019 weren’t appreciated.

There was only so much you could do. The E-10 variation brings swappable lenses, USB-C, a better battery, and better internals. It’s actually quite similar to the A6600 if you wanted to go with that option and ditch the ‘vlogger’ intent.

Sony has created a camera that’s easy for beginners, but also cheap enough for anyone who is already well versed in vlogging but wants to step up their game, to actually make the leap properly.

Having the option to swap lenses on the fly, as well as the option to use Sony’s vlogging kit, is a boon, to say the least. This is also probably, going to be your gateway to full mirrorless cameras that Sony has on offer as well.

This is a gimbal with a camera built-in and it’s literally pocketable. It’s super small but impressively powerful. Our time with the first Pocket would still cement it as a recommendation if the 2 hadn’t come along.

It can film 4K60 to a microSD card, with an impressive level of quality for the size of the lens that comes built-in. The gimbal is super easy to maneuver, with a little thumbstick to direct it or via the use of tracking.

If you want a larger screen, the Pocket 2 comes with Lightning and USB-C options to connect it directly to your phone.

You can also get the ‘Creators Bundle’ to get a microphone and tripod included.

We highly recommend either the Insta360 X2 for a full, ‘5.2K’ experience, which you can then edit in their own software or in Premiere Pro or After Effects to create 360 videos for YouTube.

If you just want something that’s going to capture nearly everything without missing a beat (maybe like a carnival), and still have wiggle room to zoom in without pixelating everything, it’s an ideal choice. These can then be turned into 2D videos, in which you can add keyframes to force the video to spin around to where you want to focus on.

Another option from Insta360 is the Go 2. This capsule-sized camera captured 1080p60FPS footage but can be clipped onto almost anything. Most POV videos you see will use these over say, a GoPro these days, as they’re just easier to hide.

If you’re on our mobile website, look at the device you currently have hold of. If it’s an iPhone, Samsung, or whatever, you probably already have a decent vlogging camera. The iPhone 11 onwards, produces great quality 4K video that you can have plenty of room to work with.

On the Android front, Google and Samsung have also produced decent cameras that will probably suffice.

If you are filming with the stock apps, be sure to stop giving full control over the phone and turn down your exposure in bright areas. Your forehead should glisten, not blind.

Now, yes, the more money you put into this, the better quality footage you’re going to get out of it. We didn’t say good footage, but if you point a 12K or 8K camera at something and watch it back, it’ll certainly be high quality. It just might not be usable.

When we say ‘production’, we’re not only talking about videos from places like RedLetterMedia‘s repertoire of content, we’re also talking about things like pieces to camera, reviews, unboxings and even capturing your podcasts.

Even if it is a single camera, you, and a tripod, we’re going to show you the best choices you can currently make across a few different budgets.

The word budget is doing a lot of work here. You’ll need to anticipate a 1000+ budget. However, we’ll be including lenses in this mix. For the money and performance, you’ll want to go with something that can handle just about everything.

That’s why our recommendation is actually related to our personal favorite, the X-T30. The Fujifilm X-S10 is a phenomenal camera, with a 3.5mm jack and a micro HDMI port for connecting to external recording or monitoring devices.

So why Fujifilm over more established and obvious choices? Well, it mostly comes down to feature set, color, and cost.

At a starting price of $999, you can get access to (up to) internal 4K30 video and Fuji’s FLOG or film emulations.

Equip this with a Ninja V from Atomos, you’ll have a killer device that can’t be bested.

“This is a budget option though!”, some of you will think when looking at the price. However, the Blackmagic Pocket Camera 4K might be cheap when you weigh everything up, but to get it actually moving? That’s expensive.

For $1299, you get no lens, but you do get a copy of DaVinci Resolve Studio and access to one of the finer video cameras around. ‘Video camera’ is the definitive term here. It’s a weird camera, in that it uses the shape of a mirrorless or DSLR, but has limited photography options.

The camera can output up to 4K DCI at 60FPS internally, while also shooting a wide range of video formats. For best results, if you’re using this, it’s always good to go with Blackmagic RAW. BRAW is more similar to ProRes than RAW files themselves.

What this means is that it compresses the super high-quality files into a file type that can be read and edited on lower-tier hardware. BRAW on both Windows and macOS doesn’t need the super expensive systems to play back the full 4K footage.

So why is it in our mid-tier? If you go too far, it can start to cost a little more than the original intention. We recommend getting a decent lens, SD cards (or USB-C storage), and using PC screens or TVs (even an Elgato Cam Link) to get around the non-flippable back to monitor your video via the full HDMI port on the side. Also a tripod. Never cheap out on your tripod.