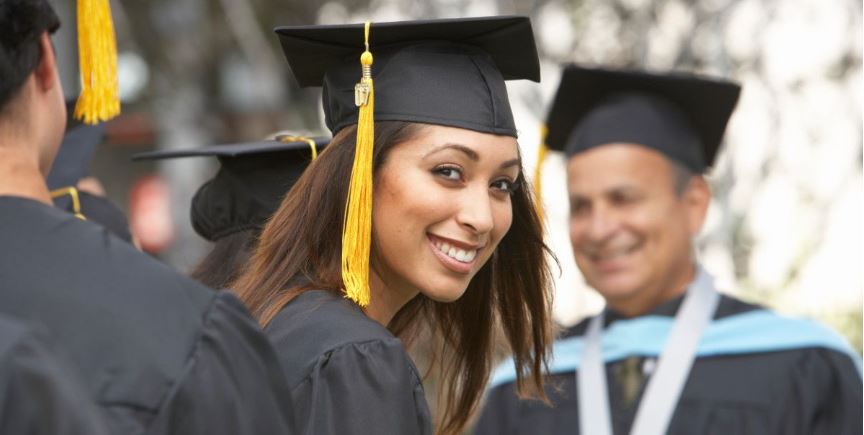 Are College and University the same? Here’s what makes the two educational schools different.

Colleges are typically private and smaller than universities, and they may be more multidisciplinary.

As Best Colleges explains, colleges are often smaller than universities in both campus size and student population. Most are private schools with no state funding, and some have religious affiliations. Liberal arts colleges have students take courses in a wide range of subjects in pursuit of a bachelor’s degree, while other colleges can be more specialized. Bear in mind, however, that a liberal-arts curriculum is not necessarily humanities-specific: Many involve the sciences, too.

Colleges often offer a smaller student-to-teacher ratio, providing a more personal experience, but they may offer less financial aid and fewer resources than universities, according to Best Colleges.

Universities are typically larger and may be state-funded or research-oriented.

Universities, on the other hand, may be public or private, and they offer undergraduate and graduate degrees. They’re often marked by larger campuses and larger student bodies, and they may be geared toward research.

Best Colleges say the pros of universities include their diversity of students and course offerings, while cons include the limitations in faculty and classroom availability and the possible loneliness or isolation of attending such a large institution. Also, as U.S. News & World Report points out, undergraduate students and graduate students may end up going after the same opportunities and resources at universities.

When deciding between a college and a university, consider what kind of experience and education you’re looking for, and don’t get caught up on the labels.“If some place really interests you or some place just sounds so tantalizing, even if it’s not that same type that you think you might want when you start out, keep it in the mix,” Carly Mankus, senior assistant dean of international admission at Franklin and Marshall College, advised in an interview with U.S News. “What harm could it do?”