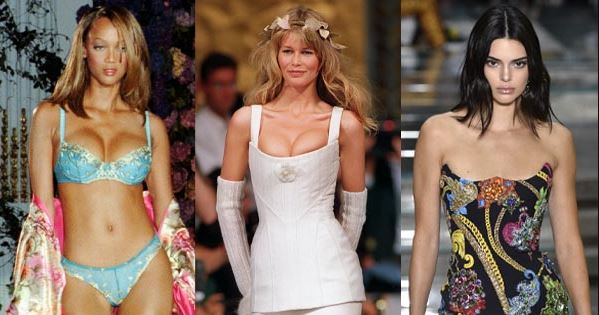 There are enormous female models in the world but not all of them are in the spotlight and so much rich. So, including all the rich female models on the list is too a time-consuming task, so we have decided to shortlist only the top 20. We have prepared a list of the top 10 richest female models on the basis of their net worth. So, let’s have a look.

Christie Brinkley is an American actress, model, and entrepreneur who first became famous in the 1970s as a Sports Illustrated model. Brinkley then eventually went on to become one of the most popular and highest-paid models in the world.

“Adopting a really positive attitude can work wonders to adding years to your life, a spring to your step, a sparkle to your eye, and all of that.” – Christie Brinkley

Chloe Green is an English model, social personality, and reality personality who is the daughter of Sir Philip Green, a retail billionaire. Green is best known for appearing on the reality series ‘Made in Chelsea’.

“Being with all the women is all about teamwork, who are you going to follow and who are you trusting.” – Chloe Green

Amanda Hearst is an American model, and socialite who is known for being an heiress to William Randolph Heart’s ‘Hearst Corporation’. Hearst has founded the organization ‘Friends of Finn’. She has modeled for IMG and appeared in magazines including Cosmopolitan and International Harper’s Bazaar.

“One of my favorite luxuries in life is travel. Jet lag and lost baggage aside, it’s an incredible way to learn about other cultures, meet new people, broaden your horizons… and do some amazing shopping!” – Amanda Hearst

Heidi Klum is a German model, businesswoman, singer, and television personality. Klum has appeared on the cover of the Sports Illustrated Swimsuit Issue and in 1999 she was the first German in history to become a Victoria’s, Secret Angel.

Sofia Vergara is an actress, model, television host, and entrepreneur from Colombia. She is a top earner according to Forbes and she is a primetime TV queen that has out-earned Kim Kardashian and Eva Longoria $19 million between May 2011 and May 2012, thanks to her performance in ‘The Modern Family’.

Iman is a Somalian-American retired fashion model and actress. Iman was born as Iman Mohamed Abdulmajid on July 25, 1955. She is professionally known as Iman which also means “faith” in Arabic. Iman was discovered in her native environment in Nairobi by a photographer.

Juanita Jordan is a former model who currently stands an impressive net worth. Jordan worked as a model and as a secretary for many years which helped her increase her fortune throughout her career.

As of 2022, Juanita Jordan’s net worth is approximately estimated to be $200 Million, making her the 14th richest model in the world.

Jeffree Star is an American fashion designer, make-up artist, DJ, singer, and model who is known for being one of the highest-paid YouTube stars on the planet. Star is the founder of a cosmetic empire named ‘Jeffree Star Cosmetics’.

Jane Holzer is an American former model, artist, producer, and art collector. During her career as a model, she was often nicknamed ‘Baby Jane Holzer’. She has also produced ‘Kiss a Spider-Woman’, ‘Spike of Bensonhurst’ and ‘Naked Tango’.

Irina Abramovich is a former model, who is best known as the ex-wife of a Russian billionaire, investor, and politician Roman Abramovich. He is known outside Russia as the owner of Chelsea Football Club, an English Premier League football team.

Irina Abramovich’s net worth is estimated to be roughly $232 Million, making her the 11th richest model in the world.

As of 2022, Tamara Ecclestone’s net worth is roughly $300 Million, making her one of the richest models in the model industry of all time.

Paris Hilton is an American model, reality star, fashion designer, and actress from New York City. Hilton handles a lot of business by herself such as a shoe line, CD, movie royalties, and perfumes. Hilton is the 9th richest model in the world.

Rande Gerber is an American entertainment businessman and former model. Gerber founded nightlife companies Midnight Oil and the Gerber group. He is also married to one of the richest models on the list, Cindy Crawford.

Rande Gerber’s net worth is $400 million.

Petra Ecclestone is a British model and fashion designer. Growing up, she always wanted to be a fashion designer and at the age of 19, she created the menswear label FORM which was sold in retailers including Harrods from October 2008.

Gisele Bundchen is one of the leading female models who have the highest net worth of almost $400 Million. She is a Brazilian model and actress who was born on 20th July 1980. This successful model is running many charities and helping kids with their development. She is the brand ambassador of Goodwill. Her huge income makes her at the top of the list and she has many sources of income like modeling, brand endorsement, and much more.

Modeling a career is not that much easy as you think. Behind a successful model, you can see many ups and downs and hard work. Although these top richest female models have maintained it for a long.

Cindy Crawford is an American model and businesswoman who was born in DeKalb, Illinois.

She was discovered when she was 16 years old while she was working in an Illinois cornfield. Crawford later received enough positive feedback that by age 17 she entered Elite Model Management’s Look of the Year and won runner-up.

Kathy Ireland is an American former model, actress, and entrepreneur. She is the CEO of a designer of her own brand company. With her current net worth, she is ranked as the 4th richest model in the world.

Kylie Jenner is an American reality television personality, model, socialite, and social media personality. Jenner has starred in the ‘E!’ reality show series ‘Keeping Up With the Kardashians’ since 2007 alongside her sisters.

She is also the founder and owner of the cosmetic company Kylie Cosmetics.

Today Ecclestone is the richest model in the world.

As of 2022, Slavica Ecclestone’s net worth is estimated to be roughly $1.2 Billion.

Kim Kardashian is an American reality star, model, and entrepreneur.

She first gained recognition when she began to appear on the reality show ‘Keeping Up with the Kardashians alongside her family. Since then, Kim has definitely made a name for herself in the fashion industry.

Here’s a quick recap of the 30 richest models in the world: