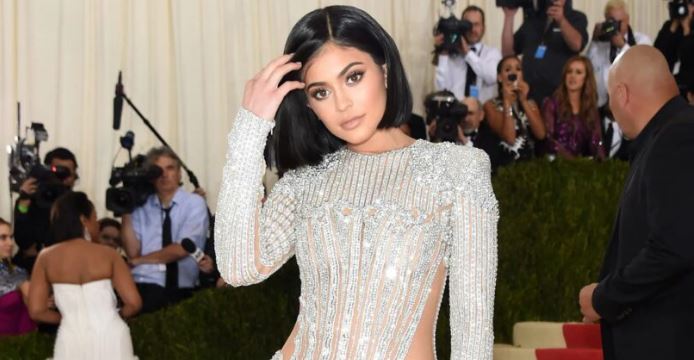 It’s true that style is a way to communicate who you are without speaking a word. And adopting trending fashion is the demand of the present world.

Models are the prominent personalities behind each fashion and style which are spoofed by other celebrities and fans.

We are here to share about such world’s hot female models who stun people with their fashion style and success at a young age. Introducing here the top ten young hottest models in the world in 2022. Let’s run down the list and tell us your favorite young model in the comment section.

Jade Weber is a famous young hot fashion model who was born on 7 March 2005. She was born in Hong Kong and brought up and graduated from Los Angeles. She was introduced to the fashion world at 9 through a photographer.

Besides being a model, she is a professional dancer, actor, social media influencer, entrepreneur, and vlogger. The versatility and grace of this young hottest model share the secret of her success. She began her career as a young artist and collaborated with top-notch agencies and brands such as LA Models Youth, H&M, Justice, etc. And she got popular after Moment, Runway, and Color My Dreams. She holds a large fan following on social media. Also, in 2019, she hit the list of 100 most beautiful faces in the world.

One of the most beautiful and hottest American models Kaia Gerber is another prominent and meritorious name on this list. She was born on 3 September 2001 in California of United States. She has been Model of the Year at the British Fashion Awards and also the first model to attain The Big Four of Vogue covers born in the 2000s. At just the age of 21 years old, she gained huge success in the modeling and acting world. Thus, she is named among the world’s hottest young models in 2022.

This young female model started her career at the age of ten with Versace. Also, she modeled for Vogue covers (The Big Four) as a young model. The pretty face of America Gerber debuted in acting with Sister Cities (2016). She became the face of popular magazine covers and walked the ramp for numerous premier brands.

Talking about the personal life of this hot model, previously, she dated Pete Davidson and Jacob Elordi. Currently, she is dating American actor Austin Butler. Kaia Gerber has over 8.5 million followers on Instagram to admire her beauty. She also won The Daily’s Annual Fashion Media Awards, The Fashion Awards.

The 8th spot in this list of hottest young models in the world is successfully taken by Hailey Bieber. She is a model, socialite, actress, host, media celebrity, and wife of Justin Bieber. She started her modeling career with Topshop and united with magazines V, agency Ford Models, etc. Later the runway diva collaborated with various magazines, including Vogue.

This young female model become the first face of Levi Jeans in 2019 and worked for many popular magazines like Elle, Glamour Magazine, and Harper’s Bazaar. Hailey is a bundle of talent and showcased her skills in many forms, which gained her immense popularity. She is immensely popular on social media and has over 48.5 million followers on Instagram.

The American beauty Gigi is a model and TV celebrity. She is one of the young richest female models in the world in 2022. She was born on 23 April 1995 in California, United States. British Fashion Council declared her International Model of the Year in 2016.

She has appeared 35 times on the Vogue cover page in 4 years of span. Currently, she is the brand Ambassador of Reebok and Maybelline. She won 05 awards, including First Annual Fashion Los Angeles Awards, TRL Awards, etc. The outstanding performances of Gigi can be seen in TV, film, and music videos. She is also an active philanthropist participating in various events and social activities with UNICEF.

This young hot model has a huge fan following, holding over 76.1 million followers on Instagram. Recently, Zayn Malik and Gigi parted ways after 06 years. Gigi and Zyan met each other during the music video. Later that year, they started dating and are parents to a daughter.

Kendall Jenner is a model, actress and media personality, and, socialite from America. She was born on 3 November 1995 and is a member of the Kardashian family. This brown-eyed bold beauty started her modeling career in 2015 with Forbes magazine. This stunning model is modeled for famous brands Forever21, Sherri Hill, Teen Vogue, etc. She is noted as among the highest-paid female models in the world in 2022.

However, Jenner collaborates with various fashion modeling agencies such as The Society Management, Elite, etc. Kendall stole the hearts after appearing on the Kardashians show. Kendall’s versatile personality showcases her skills as a businesswoman and model simultaneously. She received many awards among various nominations in the fashion industry.

One of the sexiest American women Bella Hadid is a stunning and internationally famous model. She is a record breaker appearing in international editions of 5 countries in a year. Hadid’s career started with modeling and commercial acts. Later became a prominent model after participating in top-notch brands. Alongside gracing several magazine covers, she walks for elite brands like Tommy Hilfiger and Fendi.

Currently, this young hot female model is dating Marc Kalamand recently made it official. She is immensely popular for her style and attitude; 55.6 million people follow her on Instagram.

Kylie Jenner is one of the most popular models and the hottest young female celebrities in the world. Kylie started modeling at a very young age. She collaborated with Dentsu Aegis Network and rebranded it to MKTG. She was also named among the youngest female billionaire in the world.

This young hottest model is a high-end fashion and makeup lover. Even she introduced a wide range of skincare products to enhance her beauty. She is obsessed with cosmetics and sincere towards them. Recently Jenner had a keen observation in the lab, to which netizens appreciated her sincerity toward her brand. She owns the brand Kylie cosmetics, Kylie Swim, and Kylie Baby. Netizens who wish to know more can click thekyliejenner.com.

Rawan bin Hussain is a popular name in the fashion world and comes in 3rd spot in this list of young hottest models in 2022. She is a Kuwaiti model who was born on 30 December 1996. She has roots in Kuwait and Palestine; she is a Muslim by birth. The stylish bombshell of Kuwait holds her hands on various skills simultaneously.

She is widely famous for her beautiful and stunning personality. The charm of this hot model is admired around the globe. She is also named among the most beautiful women in the world. Her skills in model and maintaining the dignity of attire brought her many opportunities. Besides being a model, Rawan is a beauty vlogger and Velvet magazine editor. She is a single mother now after separating from her husband. She came to the limelight for accusing her husband of cheating on her.

The 2nd place for the young hottest models in the world goes to charming beauty Taylor Hill. She is a hot fashion model and a former Victoria’s Secret Angel from America. She was born on 5 March 1996 in Palatine, United States.

Hill started modeling at 16 and did her first project for Forever21. Then she walks at H&M, Victoria’s Secret, and Rosa Cha, among others. She did campaigns and posed for numerous magazine covers. She also did shows on TV (The Fashion Fund) and in films (The Neon Demon, The Broken Hearts Gallery, Dating and New York, Good on Paper).

Hill’s are of interest other to modeling are gymnastics. The world admires her charm and charisma. Indeed, Taylor Hill won many hearts; for her grace and looks and has 20.9 million followers on Instagram.

One of the most beautiful girls in the world Yael Shelbia is an Israeli actress and model. She is the leading young hottest model in the world as of now 2022 on this list. She was born on 31st August 2001. And she is just 20 years old now but has amazed the entire world with her unmatching beautiful personality.

This young sexiest female model came to the spotlight after posting her images on Instagram and receiving an offer from a photographer. Belonging to a religious family was tough for her to stay in the industry. However, she managed to cope with all the circumstances and now is open to walking the ramp for big brands. The beautiful Yael has hit the list-most beautiful Asian women list in the world. The grace of this stylish model received her a collaboration with Milan, Kylie Jenner’s skincare cosmetics, and KKK by Kim.