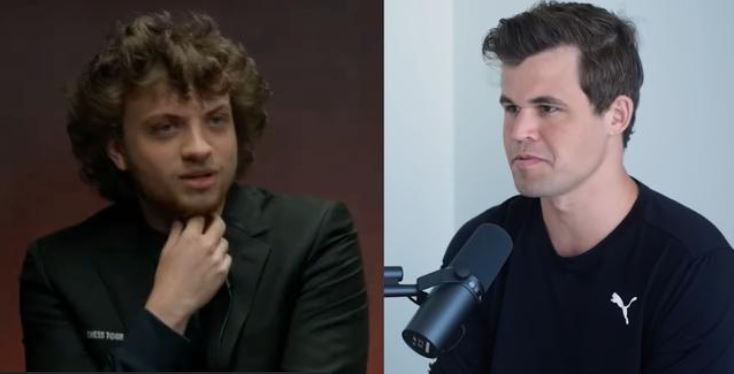 Chess legend Magnus Carlsen dropped out in the middle of his match against Hans Niemann after he accused his fellow Grandmaster of cheating at the Sinquefield Cup.

Magnus Carlsen sparked a wave of confusion on September 4 when he suddenly withdrew from the Sinquefield Cup after losing against the lower-ranked Hans Niemann.

Although Carlsen didn’t officially accuse Niemann, a cryptic tweet from the 31-year-old caused many to speculate whether he dropped out of the tournament because he believed Niemann cheated during their match. Niemann strongly denied any foul play.

However, the debate over whether Niemann cheated has continued to rage online. The claims were then further escalated when Carlsen backed out in the middle of a Chess match with Niemann live on Twitch.

Magnus Carlsen backs out of Chess match live on stream

On September 19, chess24 was live streaming Day 2 of the Champions Chess Tour on Twitch which was due to have Carlsen and Niemann face off each other once again, following the drama. (watch the clip here)

Beforehand, the panel had been discussing their take on the allegations made against Niemann. One commentator was Chess grandmaster Alejandro Ramírez who claimed: “I don’t think that he cheated in the Sinquefield Cup. I think that a lot of the things that are going around just aren’t true at all.”

However, immediately following Ramírez’s comments and merely 3 moves into the match, Carlsen’s webcam turned off and the hosts announced Carlsen had “resigned” from the match.

The panel was understandably blown away by the “huge” move from Carlsen before Niemann also disappeared from the screen.

According to them, this was a form of protest from the five-time World Chess Champion with Ramírez claiming that Carlsen “knows something we don’t” so should make an official statement as to whether he believes Niemann cheated.

Carlsen has still made no official allegations against Niemann, who maintains his innocence. Although, he also admitted to having cheated in his early career to boost his popularity.