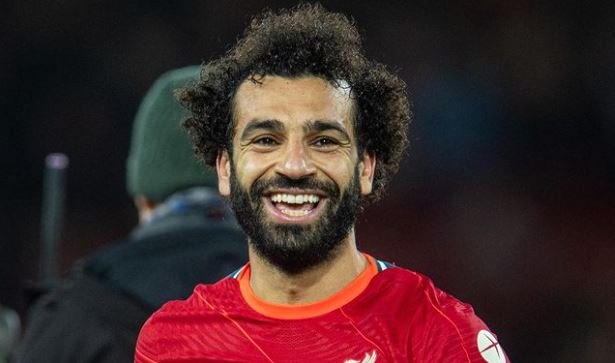 Mohamed Salah Hamed Mahrous Ghaly affably called Mo Salah has turned a milestone age and got celebrated by the world.

Mohammed Salah is an Egyptian professional footballer who plays as a forward for Premier League club Liverpool FC and captains the Egypt national team.

Considered one of the best players in the world and amongst the greatest African players of all time, he is known for his finishing, dribbling, and speed.

On June 15, 2022, the renowned baller was well commemorated by the world on his birthday. Mo has turned 30 years old as he was born in the year, 1992 in Nagrig, Basyoun, Egypt.

Salah took to his social media handles to share a picture of when he was presented with a customised football cake and in his caption, added a thank you message to all and sundry who celebrated him. ” Thank you for your birthday wishes”, Mo wrote.

Salah started his senior career in 2010 playing for Al Mokawloon, departing in 2012 to join Basel, where he won two Swiss Super League titles. In 2014, Salah joined Chelsea for a reported fee of £11 million, but limited game time led to successive loans to Fiorentina and Roma, who later signed him permanently for €15 million. In the 2016–17 season, Salah was a key figure in Roma’s title race against ultimate league winners Juventus, reaching double figures in both goals and assists.

In 2017, Salah signed for Liverpool for a then-club record transfer of £36.9 million. In his first season, he set the record for most Premier League goals scored (32) in a 38-game season and helped Liverpool to the 2018 UEFA Champions League Final.