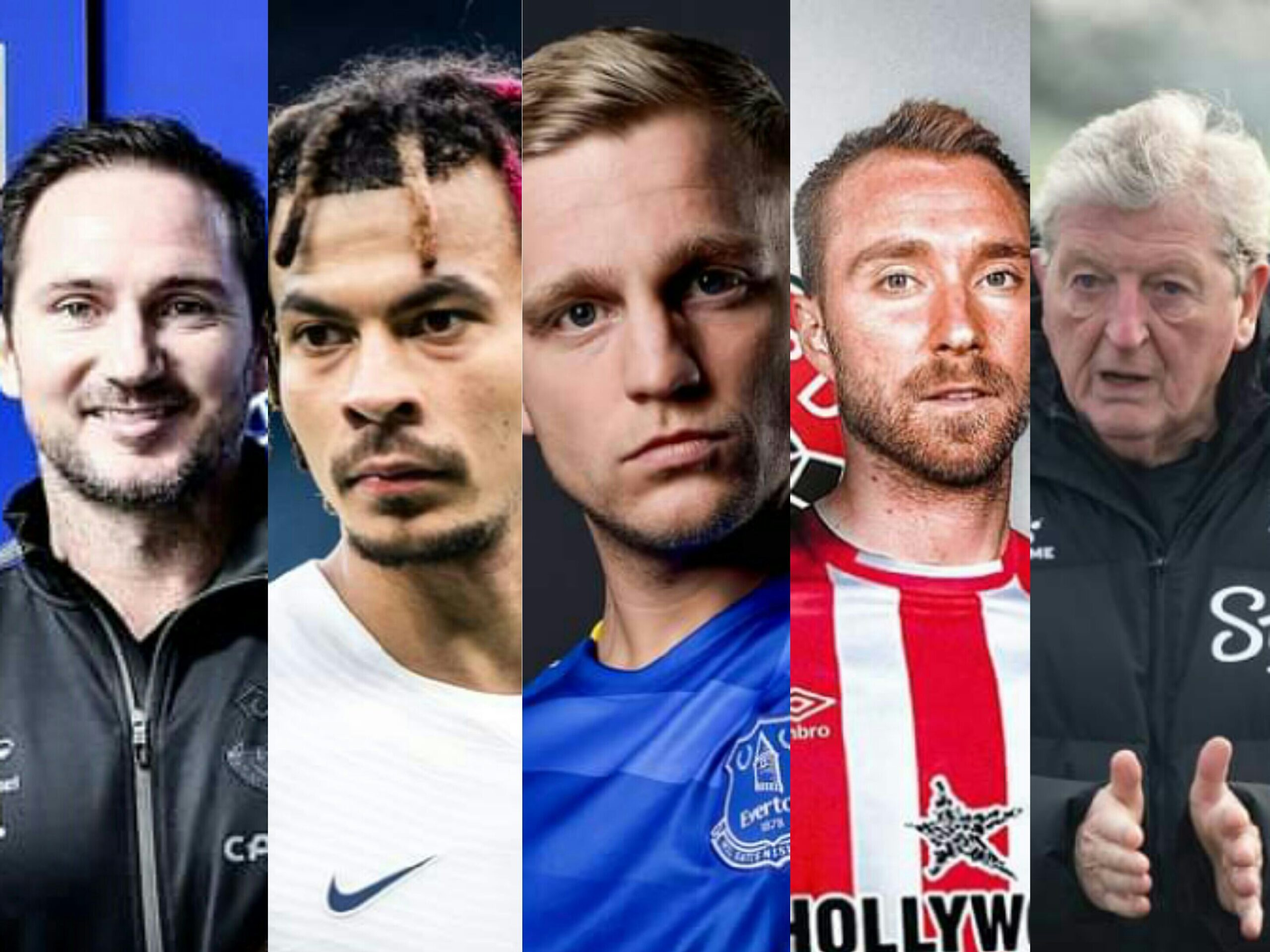 This January transfer window has been one of the busiest after so many moves happening on the deadline day which was 31 January. There have been signings that no one expected to happen in the last minutes of the transfer window but it did happen at the end of the day.

Much was not done by the big clubs in the transfer market just because there are names in the summer that will be free to leave and join other clubs if an agreement is being reached on a salary basis. Players that had the opportunity to leave their clubs to join another and what was their destination headed to will be touched on below, as well as coaches that have been appointed;

1.After 8 months out, 74-year-old (Roy Hodgson) is back in the EPL to succeed Claudio Ranieri

Roy Hodgson has been off the touchline for eight-month after he stepped down as Crystal Palace manager on May 18, 2021, the England international hasn’t participated in any managerial position since his departure from the Eagles. The 74-year-old has been appointed by the Hornets to succeed Claudio Ranieri whose return to the Premier League wasn’t convincing after attaining dreadful results.

Roy knows what it means to be in the EPL, yes Watford is struggling and are close to the relegation zone but the English international is perfectly fit for the Watford job if the Hornets want to be in the Premiership next season. With the help of Roy’s experience that he has gained throughout his career, I think he should be the one to save Watford from their inconsistency in the league. This shouldn’t be like a new adventure for the 74-year-old because he knows what he’s about to face and practically, is just a change of environment but rather a tougher situation this time around.

2.Guess who will be at the dugout spot for the Toffees next game against Newcastle, Frank Lampard

Ex Chelsea manager Frank Lampard has been presented with the opportunity to lead the Merseyside team in their difficult moment of the season. After unpleasant results from the all-gone Rafa Benitez, the England icon has signed a contract with Everton until 2024 to take over as their manager. The 43-year-old days at Chelsea as manager was not that bad, for Chelsea he managed 57 games, registered 28 wins, 11 draws, and 18 losses.

Someone as young as Lampard will be able to get the best out of these players by granting results as time goes on. With what Lampard himself has done as a player, I think it will boost the players even more to work under a legend who has been there and knows the game very well.

The arrival of Lampard has made Everton make some new signings in the just-ended transfer window, with the likes of Donny Van De Beek and Dele Alli being the new names under the watch of the new manager.

3. The most intriguing news of the day was the return of Christian Eriksen back in action

The news that will attract the most in the sports world is seeing Denmark international Christian Eriksen back in action after being out for seven months with that heartbreaking incident in the Euro 2020. The Bees ( Brentford) announced the signing of the former Inter Milan playmaker on a six-month contract on 31 January 2022.

Seeing Christian Eriksen back in the game is just awesome with the quality he possesses as a player and a person as well. The Bees have added one of the talented players to their squad that can change the game in a blink of an eye, the 29-year-old is joining a side that has not been in the Premier League for a long time, I think this should be a plus for Thomas Frank team with the experience the Denish is bringing in.

4. The giant of the transfer window “The Magpies/Toons” doing some serious business

The January window was specifically made for Newcastle United, the Toons were the most active team in the window throughout, trying to get sufficient players that can make the difference and endeavor their EPL hope. Dan Burn, Kieran Trippier, Matt Targett, Bruno Guimaraes, and Chris Wood are players that have been signed-in the January transfer window to turn things around for Newcastle.

All these players brought in by Newcastle management are top-class and defensively, Eddie Howe’s men haven’t been solid enough to protect their backline, and with such defensive concerns, the English international managed to solve the situation during the transfer window by bringing in fine players at a critical moment of the season.

The Magpies have conceded 43 goals and have managed to score 21, when it comes to defending, Eddie Howe’s men are the least although Norwich has conceded the most goals ( 45) in the EPL. These signings that have been made should be able to get the Toons going and I think Newcastle might elude the relegation zone before the season ends.

5. Colombian sensation (Luis Diaz) joins the Reds to enhance the attacking options with the absences of Sadio Mane and Mohamed Salah on national team duty

In the dying minutes of the transfer window, Jurgen Klopp made sure he was able to add an attacking option to his team after Mane and Salah’s absence due to the ongoing AFCON in Cameroon, with that giving him limited attacking alternatives upfront. For Klopp Liverpool to be in the title race, then he needed to bring in an attacker for them to keep the pressure on the league leaders Manchester City to keep their title hopes up.

Luis Diaz great player who works hard on the field provides for his team when called upon, goals, creativity, and is very skillful on the ball. I would say Diaz was one of the key players that had a specific role in Fc Porto when he was their player. Adding this kind of quality to the Liverpool attack makes them more dangerous upfront and for the rivals.

Other players made a startling move in the transfer window and had the chance to earn higher wages but rejected the opportunity for a lower wage instead. I’m emphasizing Adama Traorè making a turn after being close to joining Tottenham Hotspur but rather made a return to his boyhood club ” Fc Barcelona” and where he started his professional playing career as a football player. With players injured and not having a lot of attacking options, Adama would be a perfect fit for the Blaugrana.

Another name that made a lot of news on the deadline day of the transfer window is the Gabon star, Pierre-Emerick Aubameyang to Fc Barcelona. Auba hasn’t been in Mikel Arteta’s plans for quite a while now and the Gabonese needed a change of environment if he couldn’t get the minutes of playing time under the Spanish manager.

The Gunners made it official on their site on February 1, Auba left the club on mutual agreement. Auba career is not all done, the 32-year-old striker has a lot to offer on the field. In terms of goals, Auba is ever ready to help his team in the best possible way.

The just ended transfer window has been a fascinating one and summer would even be better. All these players singed are going to give something special to their respective teams during the remaining half of the season.