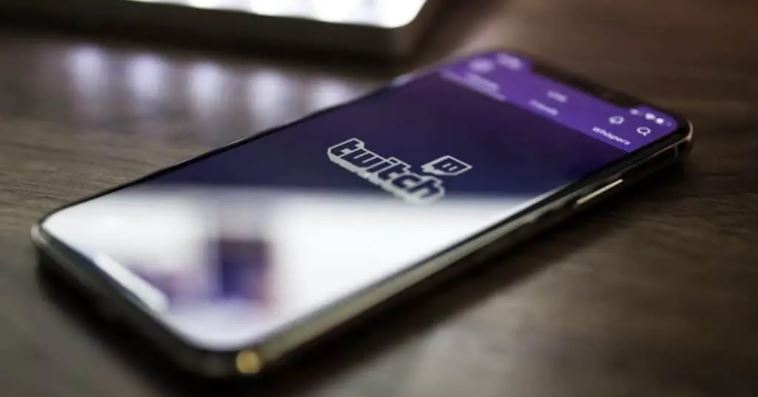 As aspiring gamers and entertainers work to become the most popular Twitch star, the platform’s most established names have already attracted millions of followers. Here are the top 20 biggest streamers on Twitch as of January 2023.

Streaming has continued to grow at an accelerated pace, particularly with increased competition from YouTube and Facebook Gaming – but Twitch remains number one for livestreaming content.

At the very top of the pile are those streamers with millions of followers, who regularly attract tens of thousands of viewers as soon as they hit the ‘go live’ button. Some of these streamers have been around for over a decade, while others have only just gotten their start in the past year.

Ninja is comfortably at number one on the list of the most followed Twitch streamers, with over 18 million followers on his channel. He ended his exclusive partnership with Twitch when he moved to Mixer, but came back after the platform dissolved.

Auronplay and Rubius are fast approaching Ninja’s follower count though, and are on track to overtake him.

Ludwig ‘Ludwig’ Aghren – who now streams and creates content on YouTube – holds the record for most subs at one time, passing Ninja’s mark of 269,154.

Meanwhile, Tfue, xQc, and shroud are the next NA-based streamers on the list, all with over 10 million followers.

The rise of Spanish streamers

One of the big changes in the past couple of years, when looking at the landscape of big names on Twitch, is the growth of non-English speaking streamers.

In particular, Spanish-speaking streamers are dominating, now taking up two of the top three spots. This is thanks to the growth of streaming not only in Spain but also in South America. Ibai, Rubius, and Grefg all make the top 10.

In 2022, there is an argument that Auronplay is actually the most popular streamer on all of Twitch, with his average viewership often beating every other streamer.

A number of the top 20 Twitch streamers by follower count have actually moved to YouTube, such as Myth and TimTheTatman. However, we’re keeping them on this list as their channels are still available on the platform (Dr. Disrespect’s channel is still banned).

Also in 2021, Twitch started to clamp down on bot accounts, with the likes of xQc being one of the most affected. Since then, things seem to have evened out, but that doesn’t stop the most followed Twitch streamers’ rankings from continually changing. Streamer Heelmike is omitted from the list, as he was the target of a follow bot.

For a long time, Pokimane was the only female streamer in the top 20, with just under 9 million followers.

The second-most followed female streamer on the platform is Amouranth, who has now returned to the top 20 overall once again. Pokimane has been taking a break from streaming, meaning her follower growth has slowed, but Amouranth is making her way up the rankings.

Unfortunately, her increase in followers came during a difficult time, as she split from her husband after alleging he was abusive toward her.

Amouranth is best known for her hot tub streams and ASMR content but is also a successful businesswoman and investor.

Jaryd ‘Summit1g‘ Lazar actually topped our list of the best streamers of the decade, and deservingly so. He’s a veteran of Twitch and has continued to drive the biggest trends on the platform, almost 10 years into his career. He is still hanging on to a top 20 spot in the followers list too but is closely followed by Amouranth, ElSpreen, and Clix.

The newest entry into the top 20 is Mexican streamer ElMariana. Also boasting over 5 million subscribers on YouTube, he has skyrocketed into the top 20, having only started to grow fast on Twitch in April 2021.

He gained over 3 million followers in 2022, pushing him above summit1g and knocking Amouranth out of the top 20.

Focusing on Minecraft content, also known as Dream over on YouTube with over 29 million subscribers, Dream has skyrocketed through the Twitch rankings. Gaining over 10 million subscribers incredibly quickly back when they started their YouTube channel, it looks as if their Twitch channel will follow the same pattern.

American streamer Ali ‘SypherPK‘ Hassan is one of Fortnite’s top content creators. He provides tips and tricks for players who want to improve their skills and also streams Warzone too.

Known for: Fortnite/Call of Duty

Another big Fortnite and Call of Duty streamer, NICKMERCS spent a year as a content creator with 100Thieves before joining FaZe Clan in May 2019. He currently streams Apex Legends mostly and saw his follower count increase by over 1m in 2021.

Despite now moving to YouTube, Tim’s channel is still available on Twitch, meaning he keeps his spot on this list.

Tim has moved from CS:GO, to Call of Duty, to Overwatch, to Fortnite, and back to Call of Duty again. No matter what he streams, he commands a huge audience and shows no signs of slowing even after such a long career.

It’s pretty safe to say that Adin Ross made his name known in 2021. From his GTA streams to his IRL live streams with friends such as Sommer Ray and ZIAS, Adin has skyrocketed in growth on Twitch. His channel received an indefinite ban on April 20, 2022, but he’s now back streaming full-time.

British Minecraft streamer TommyInnit is one of the youngest players on this list. At 18, he is already proving his worth as a Twitch streamer with an impressive follower count of over 7 million.

His followers have skyrocketed, both on Twitch and YouTube, but he previously suggested that he might need to take some time away from streaming on Twitch to focus on YouTube more.

Once by far the fastest-growing streamer on Twitch, TSM Myth exploded in popularity when he made a name for himself with incredible building skills in Fortnite. Even after the hype of Fortnite died, Myth has kept his huge following interested no matter what he streams.

Myth has now moved to stream exclusively on YouTube, but his channel is still available on Twitch, so he stays on the list.

A 10-year veteran of the Twitch scene, sodapoppin has long hovered around the top of the viewer rankings. Despite a two-week suspension in April, May sees him return to the top 10.

By far the most followed female streamer, Pokimane is a beacon for many others to aspire to. A member of Offline TV, she streams a wide variety of games, but started primarily with League of Legends, before moving to Fortnite. Pokimane was one of the most-watched female streamers on Twitch in 2021.

Juan is South America’s biggest streamer. He is originally from Colombia but boasts a massive audience in Mexico, where he currently lives. He streams a variety of games but mainly focuses on Minecraft and Grand Theft Auto.

First making his name for his ridiculous aim in CS:GO, and then PUBG, the former pro player Michael ‘shroud’ Grzesiek gained a reputation as the ‘human aimbot’. He moved to Mixer shortly after Ninja, but has returned to his original domain, and enjoyed a nice bump in followers since too.

YouTube superstar TheGrefg produces some of the finest Spanish content Twitch has to offer. While he mostly streams Fortnite and Minecraft, he’s more recently spread out into Fall Guys and Among Us as his popularity exploded over the course of the past year.

Known for: Fortnite/Call of Duty

Tfue currently sits at #6 on the most followed Twitch streamer list. Although he’s largely moved on from the game now, Tfue was the only Fortnite streamer who could rival Ninja during the game’s prime in 2018, and later usurped him in viewership in 2019. Ninja’s move to mixer made way for him to top the charts, but he now rests at fourth overall.

A former Overwatch pro, Félix ‘xQc‘ Lengyel is often the streamer that pulls in the most views. While he’s mostly into FPS titles, he streams a wide variety of games, and even ‘Just Chatting’ will pull in upwards of 60,000 viewers. He was the most-watched streamer in 2021.

Spanish streamer Ibai Llanos is known for originally casting League of Legends, but today streams a variety of content. Starting with LoL back in 2014, he was previously a content creator for G2 Esports, but has since moved on to form his own organization, KOI, alongside FC Barcelona player Gerard Piqué.

The second-most followed non-English speaking streamer on Twitch, Rubius is also very well-known as a YouTuber, but his massive following also supports his live streams, too.

Like TheGrefg, Raul ‘AuronPlay’ Alvarez Genes has also exploded since 2020. A big GTA V streamer, AuronPlay has been one of the central Among Us content creators since it blew up. He bizarrely picked up a Twitch ban in September 2021, but it was reversed 20 minutes later.

Like Tfue, Ninja may not be dedicated to Fortnite anymore, but it’s certainly the game that helped him reach never-seen-before levels of popularity on Twitch. A former Halo pro, he now plays a variety of big titles and reclaimed his crown as the most-followed Twitch streamer.

However, with the Fortnite boom well and truly over, Ninja’s stats for viewership did drop. On September 1, he announced that he was taking a break from the internet for an indefinite period of time. Depending on how long he’s gone, he may well lose his top spot.

So, there you have it, the 20 top Twitch streamers on the platform right now. These rankings will be updated biweekly as streamers gain more followers and move up (or down) the chart.