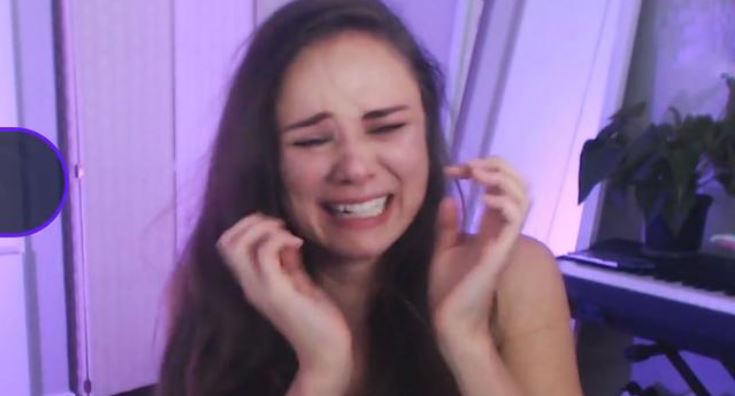 A Twitch streamer was left terrified during her first stream back in months, as she forgot about an insanely loud jump scare that triggers with a specific donation.

Whether it be to focus on health, family, or other personal matters, from time to time streamers and creators have to take a step away from their gaming setups.

Notably, we’ve seen Twitch stars such as Pokimane needing to take a break, where she recently took a month off streaming entirely.

Similarly, South African streamer XandYgirl took some time off and returned to the Amazon-owned platform to broadcast for the first time in months. Nevertheless, she was left absolutely terrified after forgetting about a unique donation trigger.

On September 28, XandYgirl returned to streaming for the first time in four months. Upon starting her stream, viewers immediately flocked to her channel to catch up with her, where she explained she had been overseas for a while.

The streamer joked with her viewers that it’d been so long since she last streamed that she forgot how everything worked.

It wasn’t before long until fans began subscribing and donating to the channel, where unexpectedly a loud jumpscare scream went off — leaving her almost in tears.

The streamer forgot a feature she had set up that allowed viewers to donate a specific amount of bits to trigger different sounds.

“I forgot about those things! Oh my goodness, oh my. Ow, I’ve literally I’ve got a pain here,” she said while pointing to her chest. “I think I’m having a heart attack! Who was it?”

Needless to say, the Twitch creator was left absolutely terrified by the jumpscare.

One fan noted the literal terror you can see on her face. However, the streaming community absolutely loved it, with the clip having over 127,000 views so far at the time of writing.

It wouldn’t be out of the question to assume she’ll be removing the feature after this recent scare.