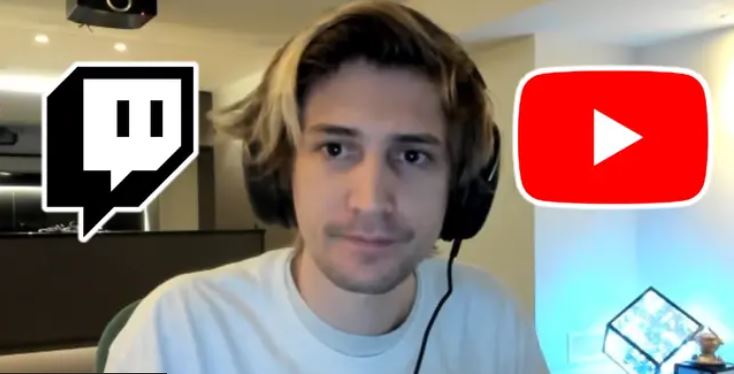 Popular streamer Felix ‘xQc’ Lengyel has revealed that YouTube would have to offer a staggering $1 billion for him to leave Twitch – and he’s not exaggerating.

The YouTube vs. Twitch debate has been the talk of the streaming community throughout 2021 and 2022 as the two platforms battle it out for creators.

Twitch is flying ahead of YouTube as the most popular streaming website, according to current statistics. However, the list of popular streamers signing an exclusivity deal with YouTube Gaming continues to grow with Ludwig, Sykkuno, and LilyPichu being just some of the names to switch.

However, one creator who YouTube might struggle to get its hands on is Twitch star xQc who has once again proven his loyalty to the Amazon-owned platform.

xQc claims he would move to YouTube for “$1 Billion”

xQc was reacting to Fuslie’s announcement that she was moving from Twitch to YouTube during his livestream on September 7.

However, xQc believes that she and her friends Sykkuno, LilyPichu, and Valkyrae could have made much more money through their exclusivity deals, given how much they could be worth collectively as group.

For xQc, in order to buy him out as well as his friends and fellow Twitch streamers Poke, Jesse, Adin, and Kai Cenat, YouTube would have to offer them $1 billion.

He added that rather than the whopping sum being slowly paid throughout the years, the amount would have to be “payable in a lump sum only.”

As the debate over Twitch and YouTube continues to pop up among the streaming community, many have wondered whether xQc would ever be tempted to make the change.

However, it’s an unlikely choice for his fans given his love for watching TV shows and films as well as his controversial gambling streams, both of which YouTube has strict rules about in its terms of service.