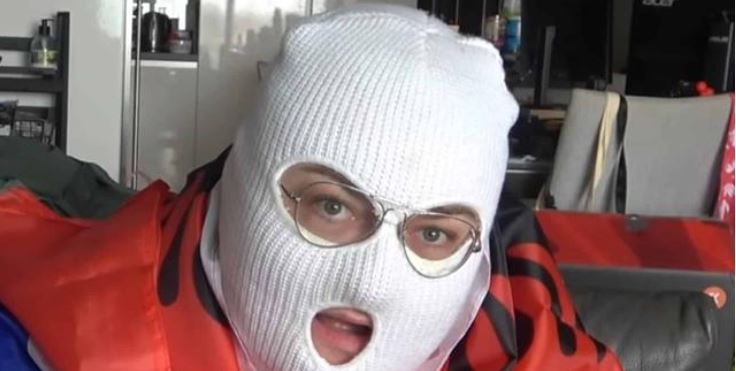 While some content creators prefer to keep their true identities a mystery, doing so can be a tall task in today’s virtual world. CS:GO Twitch streamer Anomaly found this out the hard way during an unintentional face reveal that unfolded on his stream.

Many content creators enjoy displaying their faces on-stream and in videos, often as a way to help connect more deeply with their communities, but not every streamer or YouTuber follows the same philosophy.

Some creators prefer to keep their appearance a secret, and oftentimes have great success while doing so. One content creator who’s grown exponentially while keeping his face (mostly) hidden, is CS:GO and Valorant powerhouse Ludwig ‘Anomaly’ Lagerstedt.

The Swedish creator dons a ski mask every time he streams, and those masks have become a huge part of his online persona. Unfortunately, it was ‘mask off’ for Anomaly when a hiccup with his streaming software showed the creator’s face to his Twitch audience during a recent broadcast.

During his stream on June 26, Anomaly was preparing to kick off a massive CS:GO event where he would open 4,000 cases (think lootboxes for non CS:GO players) while his viewers hung out and watched the results.

As the creator was preparing to kick off the stream in earnest, his webcam window accidentally appeared on the Twitch broadcast and his chat immediately exploded into a frenzy over what they dubbed an ‘accidental face reveal.’

“Oops, that’s not the camera,” Anomaly remarked as he fiddled with his OBS settings, then burst into laughter after realizing his mistake.

“Dude, my OBS is f**ked! Where’s the god damn camera dude?” he exclaimed as his viewers continued to spam Twitch chat with messages about the unintentional reveal.

Anomaly, and what sounded like several other people in the background, laughed hysterically about the situation. After messing around with his settings a bit more, the streamer gave up and simply shut off his broadcast, giving his viewers a taste of Twitch’s blue screen of death.

Despite what many would consider an unfortunate circumstance, Anomaly didn’t seem too fazed by the incident. His stream booted up again shortly after the surprise intermission started, and he carried on with his case opening without a care in the world.