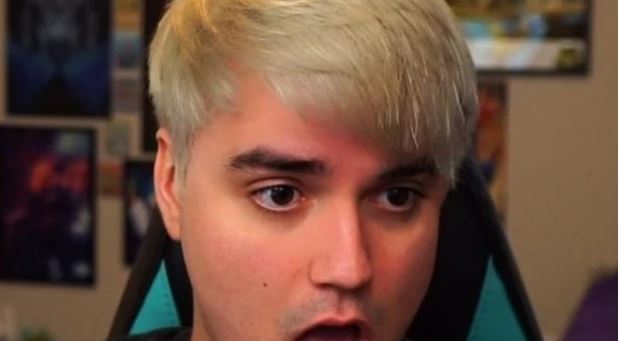 On September 21, FaZe Kalei revealed information potentially indicating streamer Crazyslick was using Mizkif’s account in an attempt to hit on her. The message reveals Crazyslick asking Kalei on Mizkif’s account to message Slick directly, and that he thinks she’s cute.

September 2022 has been full of news regarding Crazyslick, who went missing after sexual assault accusations. It’s unclear exactly where he went or why he went missing, but Crazyslick was found safe about 20 hours after his initial disappearance.

“Oh that’s right! Mizkif followed me on stream, it was like four o’clock in the morning and I was playing Minecraft.”

Kalei received multiple texts from Crazyslick previously as well, where he drops by her stream and asks for dms.

The messages directly from Crazyslick read: “this girl cute wtf. dm me twitr, dm me twitr idiot. ur pissing me off.”

Crazyslick continues on by writing multiple texts of the same nature targeting Kalei.

While looking through messages from Mizkif alongside Crazyslick, Kalei connects the dots. She believes Crazyslick was the one on Miskif’s account.

The Twitch chat log she brings up from Mizkif starts with Mizkif texting “yo my friend slick thinks ur cute can u msg him.”

Mizkif texts Kalei again, disoriented by the initial text. “Why am I following you. I don’t follow you.”

Mizkif just assumes he was drunk during the time – but Kalei blames Crazyslick, believing he had hacked Mizkif’s account late in the night.

How did CrazySlick become famous?

He became famous after streaming content with his friends and fellow streamers Mizkif, Russel, Emiru, and Simply, on Twitch.

They have featured in his videos, which include content such as funny moments from his time playing games and reactions to different moments of his streaming.

Twitch is an American live streaming video platform founded in 2011 which hosts a variety of content, most known for gaming.

As of 2022, Twitch receives thirty million active users per day.

Twitch has become the most popular platform for live gaming, a form of entertainment where viewers watch the gamer play in real time and engage with their reactions.

CrazySlick’s most viewed video has 139,428 views as of September 2020, titled Slick Calls Mia Malkova, where he records himself dressed as a woman, and then calls his friend Mia.