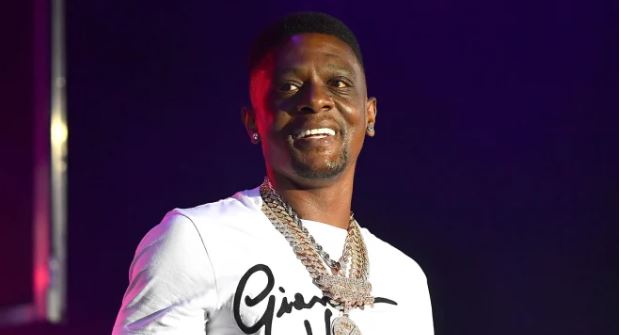 Torence Ivy Hatch, better known by his stage name Boosie BadAzz or simply Boosie, is an American rapper. He rose to fame as a member of the hip-hop collective group Concentration Camp during the 1990s.

The 39-year-old has since gone on to have a hugely successful solo career and is also a dad to a huge brood.

How many children does Boosie Badazz have?

The brood have their own Instagram page @tha_hatchkiddz, and are named as Ivi, Ty, Tootie, Tori, Ivy Ray, Lyric Bey, MJ, and Laila.

Who are Boosie Badazz’s baby mamas?

He previously said that he did not believe marriage was a good choice for him, because he didn’t want to potentially lose half of his fortune in the event of a divorce.

In a 2018 interview with The Box, Boosie said he regretted being a young father with multiple children by multiple women.

“I feel like I should’ve skeeted in the same woman and put them all in her instead of being so young, and you gotta watch out for that, you know having kids at a young age.”

Four out of the six women have since been identified.

According to her Facebook page, she is a native of Baton Rouge, Louisiana.

In 2010, she was reportedly arrested on charges related to drug distribution for attempting to smuggle illegal substances to Boosie while he was in jail.

WDSU reported in 2014 that in exchange for a guilty plea to the charges, Decuir received five years of probation.

The same year, the mother published a novel about a cheating rapper boyfriend who left his high school sweetheart for the daughter of an NFL legend.

At the time of the book’s release, Boosie was rumored to be dating Deion Sanders’ daughter, Deiondra Sanders.

According to Vlad TV, Decuir admitted that the book was “based on her own life”.

The book’s blurb reportedly ends with the lines: “It’s a perfect world until the music stops.

“The question is will she be able to survive the blow of ultimate betrayal delivered by her one true love.”

Other mothers of Boosie’s children to have been identified include Tracey Taylor, Trivia Weatherspoon, and Gerlissa Haze.

What has Boosie Badazz said about his children?

In the same 2018 interview, Boosie opened up about his children, stipulating that it was his job to “motivate them.”

He said: “I just tell them to chase they dreams. First, they gotta knock out school.

“School is very important to my household, to my kids because my mama raised me for that to be important in my life.

“You know I motivate my kids, and I keep ’em wanting more.

“I’m just steady providin’ a better life for them, the childhood than what I had.

“That means a lot take to me, providing them a better childhood than what I had.”

Boosie’s son burns Yeezy slides. Boosie’s son stood up for him during his back-and-forth with Ye.

Yesterday (October 7) was rather eventful for rapper Kanye West. While his antics on social media are nothing new, his recent actions garnered responses from more celebrities than usual.

Days ago, when the father of four wore a “White Lives Matter” shirt, thousands of people had a lot to say– one person being Louisiana artist Boosie Badazz. He took to Twitter and shared his thoughts on the situation, saying, “@kanyewest AFTER ALL WE BEEN THROUGH AS A RACE YOU PUT THIS DISRESPECTFUL SHIT ON!! U GIVES NO FUCKS ABOUT HOW BLACKS HAVE DIED N SUFFERED TO THE HANDS OF THE WHITE MAN N U SAY BUSH DON’T LIKE BLACK PEOPLE…”

It took a while for Kanye to fire back at Boosie, but the internet couldn’t believe it when he did. He shared an image with his 18 million Instagram followers and said, “DON’T SPEAK ON ME LIL BOOSIE SPEAK TO ME YEAH LITTLE NERD ASS COME SMACK ME OR COME SHOOT ME IM THE ONE THAT GOT BULLIED BY THE ENTIRE BLACK CELEBRITY COMMUNITY NOW IM BACK TO SHOOT THE SCHOOL UP.”

It’s rare for Boosie ever to be quiet when things involve him, so his response was expected by many. First, he addressed Ye’s comment about “shooting the school up.” He said, “TALKING ABOUT U BACK TO SHOOT THE SCHOOL UP N U GO A SCHOOL IS NOT THE RIGHT WORDS #startthinkingbeforeyoutalk,” referring to the rapper’s Donda Academy.

Boosie then admitted that he has no issue with Kanye, he just didn’t like how he disrespected his race. Finally, he urged for the rapper’s loved ones to get him some help, finishing with “THIS THE “GET OUT” move N REAL LIFE SMH.”

While the “Set It Off” rapper had a much calmer response than everyone expected, his son chose a different route. He recorded a video of him burning a pair of Yeezy shoes and wrote, “Don’t speak on Boosie; It’s BBQ time.. go get the chicken.”

Check out the clip below.