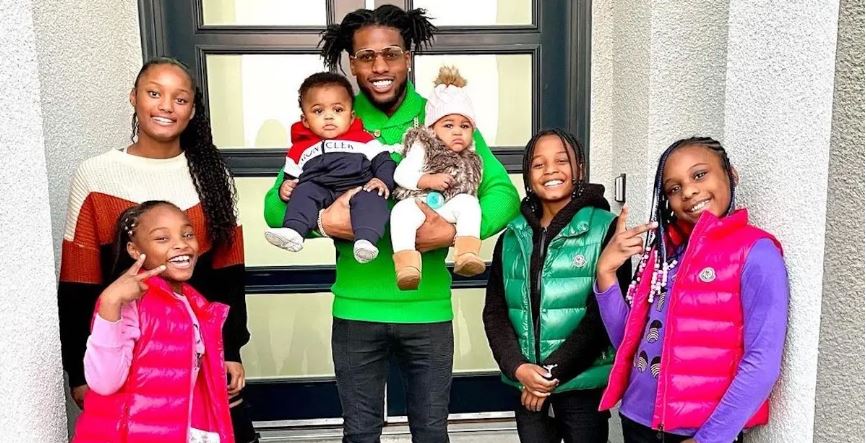 YouTuber and rapper CJ So Cool is a proud father of six children. Here’s everything we know about his kids.

Over the last few years, we’ve watched as social media created many stars that we know and love today. In particular, YouTube has added to the rise of emerging talent including Jackie Aina, James Charles, De’arra Taylor, and more. Now, it appears that YouTuber and rapper CJ So Cool has joined the ranks.

Known for his hilarious reaction videos and skits, CJ So Cool (real name: Cordero James Brady) has become a fan-favorite influencer. And naturally, his celebrity has intrigued his subscribers — the Cool Kids — to learn more about him. Most fans are already hip to the fact that CJ has twins, but he actually is a father of six kids. Read on to learn more about the star.

CJ So Cool has a blended family of six children.

One thing subscribers admire about CJ is that he is very family-oriented. Since his childhood was not the best, he has always been passionate about building a strong and loving family, as can be seen through his social media.

Legit reports that CJ is not only a father to his twins Cordeyah and Cordero Jr., but he also is a devoted dad to four other children. See, the twins are from his marriage to Instagram star Royalty (real name: Charlene Young).

Royalty has three children from a previous relationship while CJ also has another child, Camari, from a past relationship. While blended families can come with their share of ups and downs, both Royalty and CJ have been able to navigate that world with ease.

They also make it a point to include their children in their videos on YouTube along with sharing fun-loving photos on their respective social media pages.