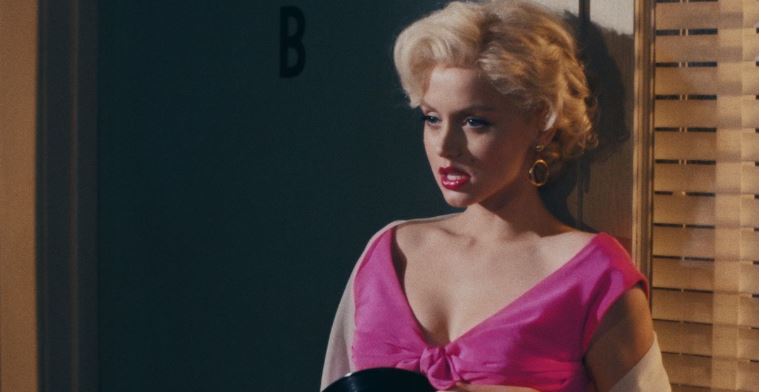 People really do love talking about the tragic death of Marilyn Monroe while excitedly discussing how they’ll see yet another film or docuseries about her life. When will Marilyn Monroe earn her peace? It certainly isn’t coming in 2022 with the release of Netflix’s Blonde, a movie based on the Joyce Carol Oates book of the same name. Both are fictionalized telling of the movie star’s life, and the film certainly takes a lot of liberties.

Critics of the movie are taking issue with the questionable content that mostly definitely earned it an NC-17 rating. Reactions range from horrified to downright nauseated. What controversy surrounds the Blonde movie? Here’s what we know.

What is controversial about ‘Blonde’?

Netflix’s Blonde is not so much a biopic based on the facts of the late Hollywood icon’s life as a speculative dive into her psyche, very much in the vein of Spencer, Pablo Larraín’s tribute to another iconic blond, Princess Diana.

While Ana de Armas’s performance will certainly be applauded (even if her accent is not), the ways in which Marilyn Monroe is used time and time again are what many find grotesque and unnecessary. Perhaps one of the more disturbing scenes is one in which JFK rapes Marilyn Monroe, per The Daily Beast.

In the scene, Marilyn is en route to see the president in 1962. After taking sleeping pills on the plane, she’s abruptly awakened by the flight attendants to deliver her to Secret Service agents. Clearly confused and still struggling with the pills, Marilyn mistakenly believes she’s in trouble because of the affair. Eventually, she’s deposited in a hotel room where she changes into a white dress and fur coat.

When JFK enters the room, he forces her to perform oral sex on him, which leads to Marilyn being thrown onto the bed while he leaps on top of her. The following morning, she wakes up bruised and defeated. Unfortunately, this is rivaled only by her abortions in the film.

Don’t bother asking — there is a talking fetus in ‘Blonde.’

Blonde was shot in 2019, a few years before Roe v. Wade would be overturned. Perhaps if that never came to fruition, a non-consensual abortion that featured a talking fetus might not feel so anti-choice. Sadly, that’s not the case. According to The Independent, this harrowing scene is from the vantage point of Marilyn’s vagina.

“Please, won’t you listen? I’ve changed my mind,” she begs the doctors, moments after we see her fetus glowing inside of her belly. Because the entire sequence is seen from the inside out, we witness the scapula entering Marilyn Monroe as the abortion is performed against her will. This is the first abortion we see in the movie. The second is even more bizarre.

During her next abortion, “Marilyn’s surprisingly chatty fetus — which somehow also possesses knowledge of her previous abortion — pleads with its host to let this pregnancy proceed.” It would almost be comedic if we weren’t watching something Fox News analysts might latch onto as proof that pro-life is the way to go.

To make matters worse, Marilyn responds to the fetus. They carry on a conversation, driving home the point that it’s not really a woman’s right to choose. Sometimes your unborn baby has a literal say in the matter.

Blonde is available to stream on Netflix.